Juventus might not have won the title in the last 2 years but there is no denying that they have been one of the very best in Italy for the past several years. This Monday in front of their home crowd they will be expected to deliver a winning performance against Sassuolo.

Sassuolo are a perennial contender for a mid-table finish, and staying true to their character they had secured a 12th place finish the last time around. They had remained winless in 25 of their total 38 games all through the campaign, and all along they had let in goals in huge numbers.

Meanwhile, the Old Lady showed conviction and composure in securing the coveted 4th place finish, which enabled them to take part in the upcoming edition of the Champions League.

They have been in good form lately and are also consistently finding the back of the net. And as always they have a dominant defence as well.

At the same time, they have been on a good run in front of their home crowd and most importantly they have a positive head-to-head record against this rival over the past several seasons. By the looks of things, it is expected that we are about to witness a victory for Juventus this Monday.

The Old Lady had the absolute best defense in the whole of the Italian top flight the last season. In fact, they had conceded a total of just 30 goals from their 38 fixtures. 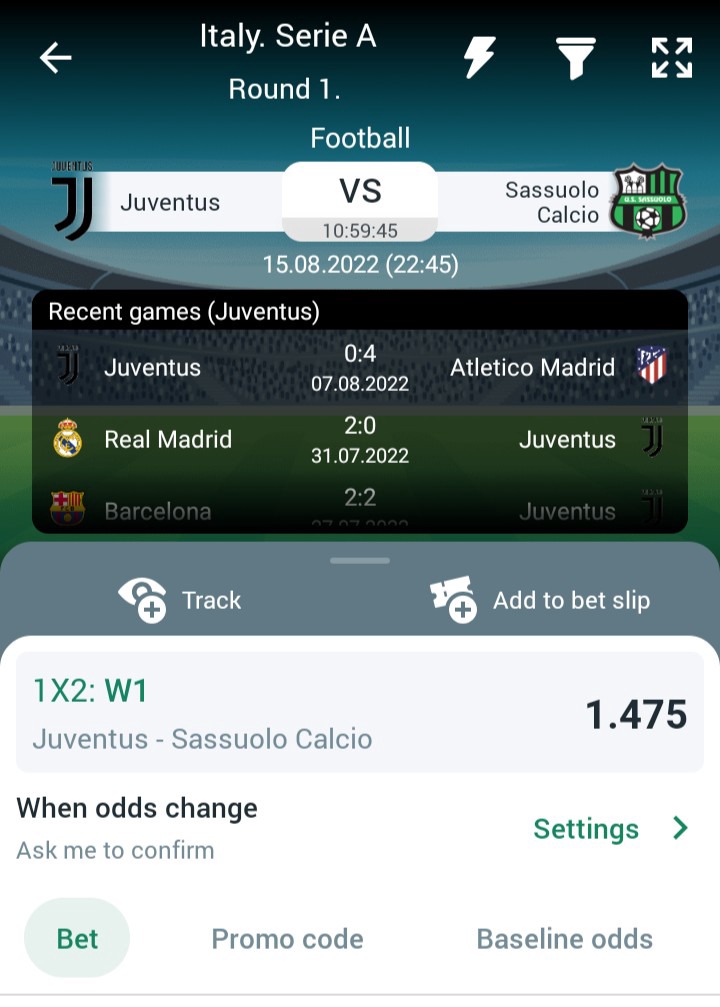 It also deserves to be mentioned that they have lost a total of just thrice in front of their home crowd since November and in the process, they had gone on separate 3-game as well as 4-fixture winning streaks.

On the other hand, Sassuolo have a total of just one official win in the past 4 months and in the process they had even gone on a 3-game losing streak.

Considering these observations, as well as the dominance of Juventus in head-to-head clashes, expect a win for them this Monday.

Tips for Juventus vs Sassuolo