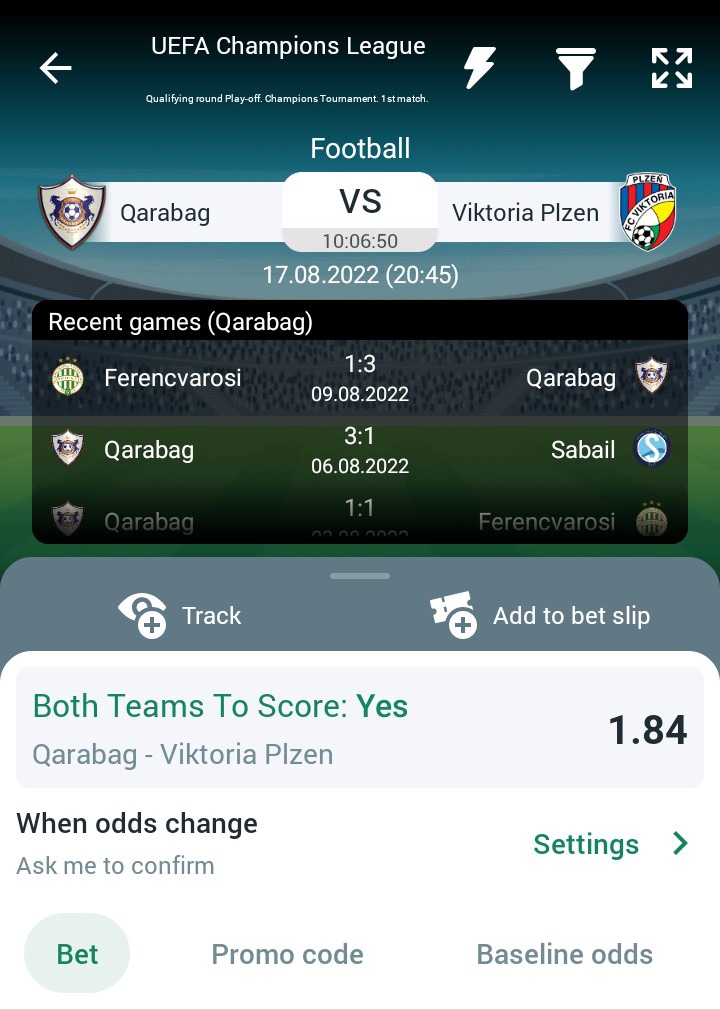 Both Qarabag and Viktoria have been on long stretches of great performances and they will be absolutely determined get themselves qualified for the upcoming edition of the Champions League.

Both of these teams have made it so far and they just need one more victory. It goes without saying that we are about to witness a tense 90 minutes between the two squads this Wednesday.

There is a consolation prize, that the loser of this two-legged tie will make it to the group stage of the Europa stage, but that is not the point, is it?

Qarabag are the reigning champions of the Azerbaijani top flight and they had a lead of 19 points at the end of the last season. They had lost just once all through the campaign and they had scored 30 more goals than the second-placed team in the standings as well.

Meanwhile, Viktoria had finished second in the Czech Republic table at the end of the previous regular season. But at the end of the Championship Round they had secured the title and that too with the lead of 7 points over the second-placed team.

It is plenty evident that they thrive under pressure and we can expect kind of the same this Wednesday as well. In fact, as these two determined and in-form teams take on each other, expect goals to come in plenty.

On the other hand, Viktoria are on a 7-match unbeaten run and 6 of these were victories. Do also note that they had scored 2 or more goals in all 7 of these games.

Taking into account these observations, expect goals to come from either end of the pitch this Wednesday.

Tips for Qarabag vs Viktoria Plzen