Thursday Betting Tips: Check out how these teams will make you earn some money today

By Baggio4u (self meida writer) | 1 months 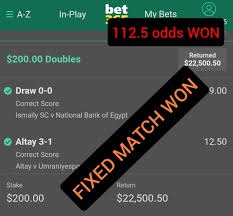 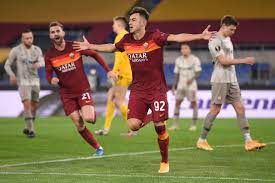 Last season’s UEFA Europa League (UEL) semi-finalists Shakhtar Donetsk have a difficult task ahead of them after losing the first leg 3-0, and now must hope they can repeat their 4-0 weekend win over Desna. Another one-sided fixture is certainly possible though, as none of Shakhtar’s nine competitive outings held after the winter break have seen both teams score, and only the last two produced over 2.5 goals.

For what it’s worth Shakhtar have kept a clean sheet in three of their four European fixtures here this term (W2, D1, L1), albeit they conceded six goals in the sole loss! On the other hand, they have scored 3+ goals in just 35.71% (five) of their 14 competitive home outings this season - something they must achieve here to give themselves a chance of progressing.

Roma, of course, won’t make things easy and have won all three knockout phase fixtures this term despite a -1 handicap, and subsequently their last eight UEL matches have now produced a 2+ goal margin. The Italian outfit therefore seem in great shape to progress past this round for the first time after three unsuccessful attempts since this competition’s rebrand.

Nonetheless, the ‘Giallorossi’ have lost six of their last 11 away competitive outings (W4, D1), conceding 3+ goals in four. In fact Roma even lost 2-0 at relegation troubled Parma in their last road trip, and have now trailed at HT in their previous five competitive losses at all venues (including extra-time). 3 goals or more is likely to appear in this match. 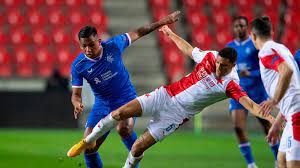 It’s advantage Rangers as the newly-crowned champions of Scotland take a 1-1 away draw back to Glasgow, where they will look to extend their current 18-game unbeaten run across all competitions (W15, D3). Having picked up a world-record 55th domestic title, the Scottish outfit can now concentrate fully on European action, and look primed for a UEFA Europa League (UEL) quarter-final appearance after progressing from eight of ten previous UEFA ties in which they drew the first leg away.

Enjoying a ten-game winning run at Ibrox - which includes a 5-2 win in the last UEL round - Rangers can also boast just one defeat across their previous 23 UEFA home games (W16, D6, L1). The last three of those witnessed Rangers score in both halves, so expect a strong showing either side of HT.

Slavia Prague are on their own 18-game unbeaten competitive run (W14, D4), and will travel with confidence considering they drew the first leg in the last round before dumping Leicester City out 2-0 in the second leg away - Slavia’s first-ever win in England. However they’ve never progressed in the three previous European ties in which they drew a first leg at home 1-1.

Unbeaten in eight competitive away games (W6, D2), scoring 3+ goals in five, Slavia will clearly be tough opponents. Whilst in a similar vein to their hosts, the Czech outfit scored during both halves in four of their last six road trips. The host has a great advantage to win and qualify to the next stage. 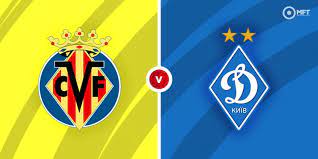 Leading 2-0 on aggregate, Villarreal are currently unbeaten in eight UEFA Europa League (UEL) fixtures (W7, D1), if excluding walkerovers. Notably, their first-leg victory vs Dynamo Kiev was the third win across the last five victories therein to witness them winning both halves, while five of the six halves across those three wins produced a 1-0 scoreline.

Additionally, Villarreal’s last four UEL home wins not to be awarded automatically have witnessed over 2.5 goals, with the ‘Yellow Submarine’ winning the second half by an average margin of 2.00 across the last three of those victories.

Dynamo’s hopes of making history appear remote, with only eight teams ever proceeding after a 2+ goal loss in the first leg of a post-group stage UEL knockout. Furthermore, no team in the entire history of the competition proper (group stage to final) has proceeded inside 90 mins in a second leg on hostile turf after a first leg lost at home by 2+ goals.

If excluding awarded games, Dynamo’s 21st century European away record vs teams from a top-five European domestic top-flight reads at an abysmal: W2, D8, L25. A 68.0% majority (17) of those 25 losses saw Dynamo fail to score. Additionally, Dynamo are winless across their last 16 clashes vs Spanish opposition (D7, L9), losing ‘to nil’ in six (66.67%) of those losses. A win or draw for the host 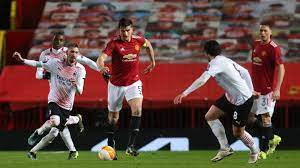 Everything is still to play for after AC Milan held Manchester United to a 1-1 draw in their UEFA Europa League (UEL) first leg. A goalless draw would therefore be enough for Milan to guarantee progression within 90 minutes, but the fact they‘ve registered just one clean sheet from their previous eight UEL proper home games is concerning.

On the domestic front, the hosts have won just one of their previous five Serie A (SA) home outings (D1, L3), whilst scoring just once before the hour mark during that run. On a more positive note though, Milan have won ‘to nil’ in four of their five European home ties vs Man United – leading at both HT/FT in all four - albeit they lost the most recent back in February 2010.

Man United have qualified from five (41.67%) of their previous 12 UEFA competition ties in which they drew at home in the first leg, and this rate climbs to 50% when the score was 1-1. That, coupled with their current 13-game unbeaten competitive run (W5, D8 – 90 minutes), will mean they are confident heading into this match, even if they led at HT in just one of their previous seven matches (HT: W1, D6).

The ‘Red Devils’ are on an impressive run of 12 unbeaten competitive matches as the designated visiting side (W6, D6), although only one of those draws (2-2) would see them progress within 90 minutes here. However, they are unbeaten in their last five European away fixtures versus Italian opposition (W3, D2).

Seems difficult but United will produce a great performance for qualification. 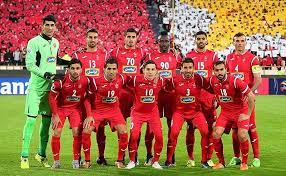 Persepolis is in good form in Iran Persian Gulf Pro League and they won 7 home games.

Naft Masjed Soleyman did not win any of their last five matches in Persian Gulf Pro League and they won one away game.

Persepolis won one time in their past 7 meetings with Naft Masjed Soleyman.

Just as we it happened yesterday with a great win, we expect today to be as good as yesterday. Good luck to everyone. Thanks for reading.