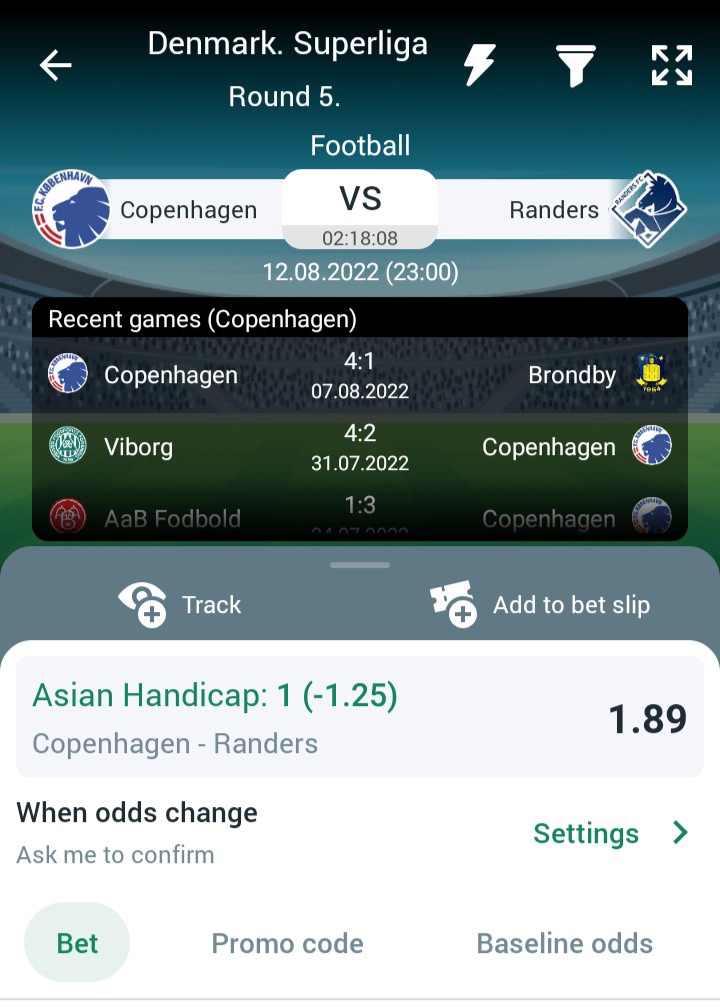 Copenhagen were having an excellent form throughout the past Super Liga season. Their impressive run allowed them to claim the title spot at the end of the season and also advancing it to the qualification fixtures for the coming Champions League season.

Meanwhile, Randers had an average form throughout the past Superliga season. They were at the sixth spot after completing all the league fixtures last season. The frequent recording of a negative display affected their positioning and failed to seal a comfort zone for the difference of two points.

We can see FC Copenhagen opening up this season with a negative display against the new comer Horsens. They lost the game despite of being big favorites. Anyways, they have bounced back with a win against Aalborg in their second league outing and lost again on the road against Viborg.

FC Copenhagen sealed a 4-1 win against Brondby at home where they have an impressive form at present. It was their third positive outcome in the past five home outings. Each of those three positive recordings saw their offensive side scoring goals in a fashionable rate.

On the other side, Randers recorded impressive outcomes in their pre season friendly outcomes. Including those friendlies, they are now following a streak of eight unbeaten games. They have recorded three draws from their three league fixtures so far this campaign.

But, Randers have a poor form on the road at present. They are following a streak of four winless games while playing away from home lately.

Considering all the above stats, we are backing FC Copenhagen to seal a win against this Randers outfit on Friday.