Tottenham failed to continue their winning thread on Wednesday, playing only a 1-1 stalemate against West Ham in the London derby.

Spurs will play another clash against city rivals on Saturday afternoon when they play host to Fulham at Tottenham Hotspur Stadium.

Antonio Conte’s squad has improved a lot defensively in the last couple of weeks. Spurs kept their net untouched in the back-to-back wins over Wolves and Nottingham Forest before shipping a goal in mid-week to West Ham.

Their back line will be heavily tested on Saturday, though, since they come face to face with one of the deadliest strikers in the league.

Fulham’s Aleksandar Mitrovic was on target once again on Tuesday, helping his team get their second win of the season.

The Cottagers dispatched Brighton 2-1 in mid-week, inflicting the maiden defeat of the season on the Seagulls.

Can they do the same here against Tottenham who have three wins and two draws after the inaugural five rounds of the season?

Spurs have won both home matches so far in the season and they will be big favorites to make it three on the spin in their own backyard.

Harry Kane, who has four goals to his name so far in the campaign, should have plenty of space to deliver past Fulham who have allowed at least two goals in each of the last away outings (against Crawley Town in the League Cup and Arsenal in the Premier League).

Backing goals at both ends does seem to be the best betting option for a game that features the likes of Harry Kane and Aleksandar Mitrovic.

Spurs have much more quality and depth in their ranks which is why we fancy the combination of their win and goals at both ends at the odds of 3.10. 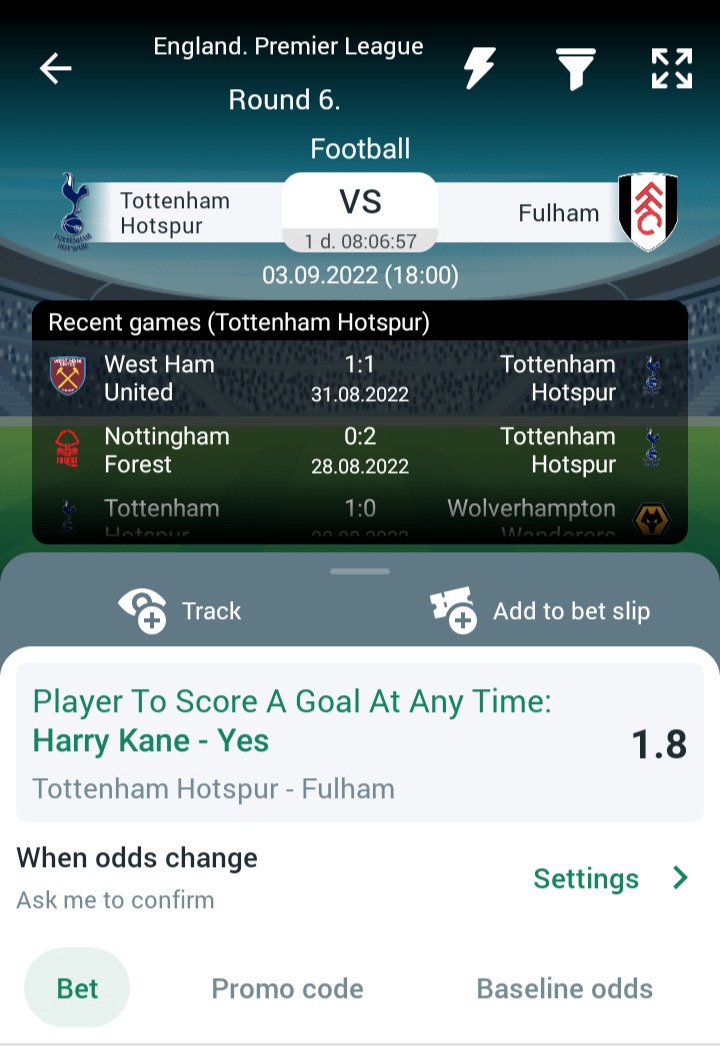