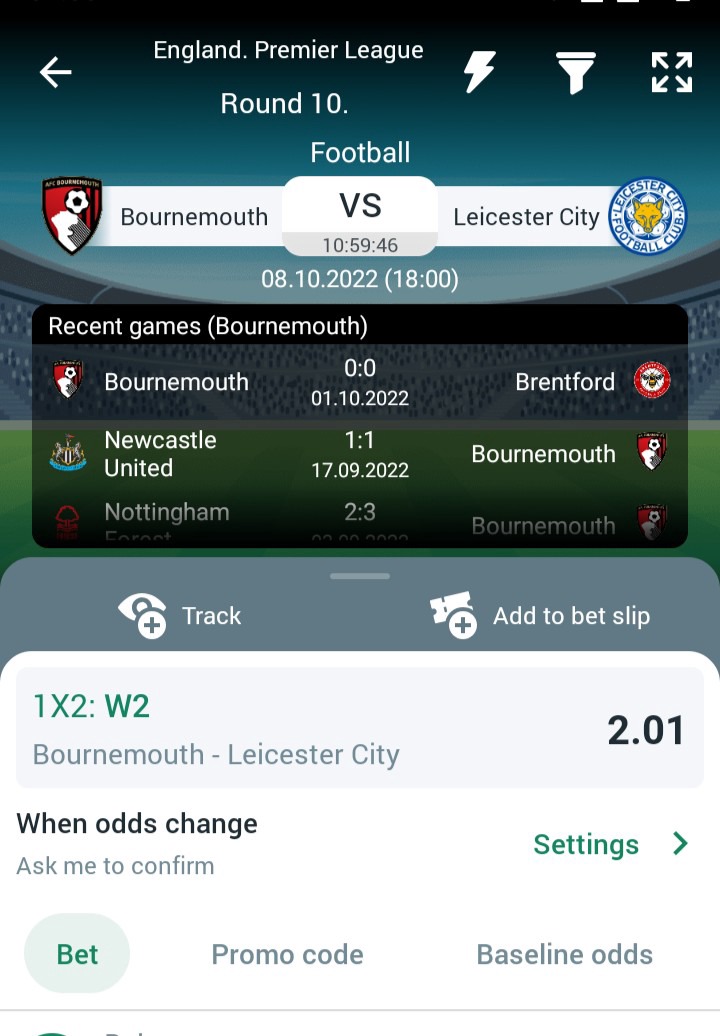 Leicester had a disastrous opening to their new season, as they went on a seven-game winless run – six of which were losses.

Bournemouth are placed 13th in a table of 20 so far, and they managed to deliver just two wins in total till now.

Moreover, only two other teams scored fewer goals than them in the entire competition, and their sole two wins in the league came against Nottingham, and Aston Villa. Of these, note that Nottingham are placed bottom-most in the table.

Going on, while Leicester did go on a long series of poor results, they showed that they were able to rise to the occasion, as they delivered a 4-0 win at their home the last match-day, against Nottingham.

A win was practically a must for them, and they gave just about everything on the pitch to secure the much-needed three points.

Count on them to show that same spirit this time around as well. Moreover, they have a great h2h record against this rival over the years, and taking into account all these observations, anticipate a victory for Leicester this Saturday.

Bournemouth were winless in 10 of their previous 12 overall fixtures, and in the process they went on a two-game losing streak, as well as a three-fixture winning stretch.

On the other hand, the Foxes won 4-0 at home the past game week, against Nottingham. And while they did deliver some poor performances on the road lately, they scored two or more goals in three of their past five road trips.

Furthermore, they also have a dominant h2h record against this rival over the years.

For the reasons, expect a win for Leicester.

Tips for Bournemouth vs Leicester