We Are Hungry; NABCO Beneficiaries Cry On Government To Pay Them Their Allowances(Video) 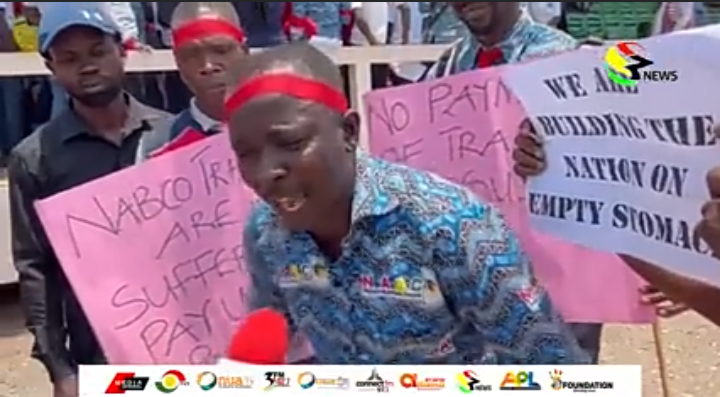 Nation Builders Corps, which is popularly known as NABCO is a scheme by the Akufo Addo led administration to reduce the unemployment rate in the country. The scheme unemployment 100,000 Ghanaian graduates from various universities and polytechnics to give them temporal jobs. The personnel were being paid ¢700 as their monthly allowance.

However, the scheme is said to end on the first day of September this year but government still owes them several months of allowances. According to report by many personnel, government owes them 11 months salary. This has called for a massive demonstration against the president for 'ignoring' them all these while.

In a video which has been posted by TV3 Ghana, almost all the demonstrators could be heard crying and shouting 'We Are Hungry". This is because, they have been dependent on their parents or other persons for food all these while since government is not paying them. Others have gone for loans while others have been sacked from their various houses because they couldn't pay their rent.

The government of Ghana made it clear earlier that the scheme will end in September and the personnel will be introduced to the 'YouStart" scheme. This scheme is said to give capital to some of the personnel to start their own businesses. Government however failed to highlight any plan to pay them their arrears. 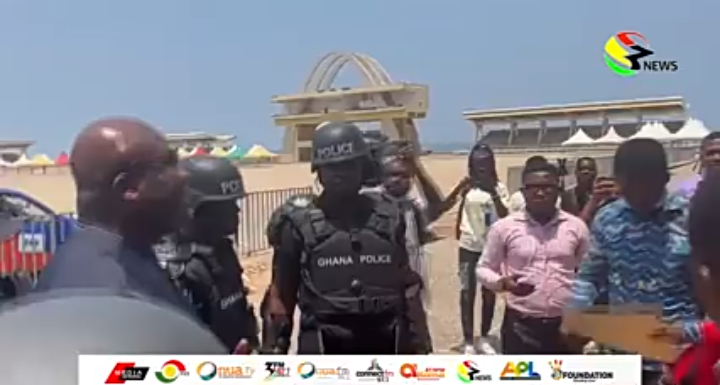 Some personnel revealed that their wives have left them because they can't afford to feed the family. Others revealed that they need permanent jobs rather than the YouStart program. This is because, the YouthStart program is only for few persons and not the entire 100,000 populace.

Should government initiate the YouStart program or give them permanent jobs instead. Tell us your opinion on this by commenting below.