Full List: Over 60 Persons Apply For The Job Of MMDCEs In The Western Region 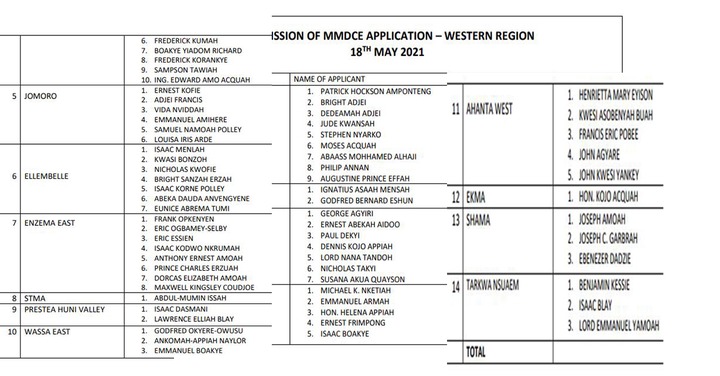 More than sixty persons have presented their Curriculum Vitae to apply for the job as Metropolitan, Municipal, and District Chief Executives (MMDCEs) in the Western Region of Ghana.

A list that is currently circulating indicates most incumbent MMDCEs have re-applied for the appointment whilst other party executives are also in a fierce competition seeking to serve.

In some of the districts, more than four persons are contesting the incumbent DCE or MCE. Others are however contesting unopposed.

In the Mpohor District, for instance, Mr. Ignatius Asah Mensah who is the incumbent District Chief Executive is facing a contest with Godfred Bernard Eshun.

The District Chief Executive for Wassa East, Mr. Wilson Arthur has given up the position and two persons including the Constituency Chairman of the NPP, Emmanuel Kwamena Boakye and another, whose name has been given as Godfred Owusu have applied for the Job.

In the Shama Constituency, the incumbent District Chief Executive, Mr. Joseph Amoah is facing fierce competition with Ebenezer Dadzie, who is the constituency Secretary of the NPP, and Joseph C. Garbrah. 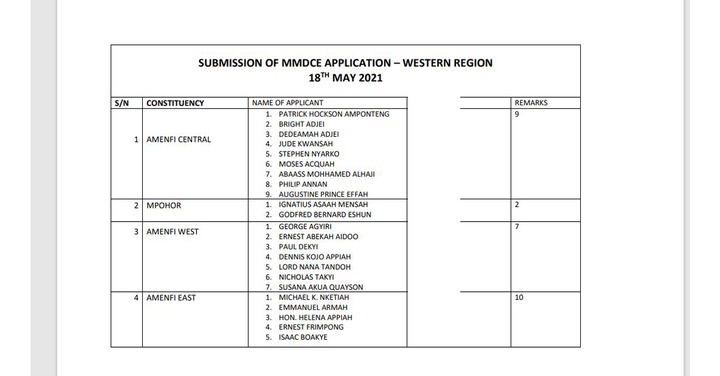 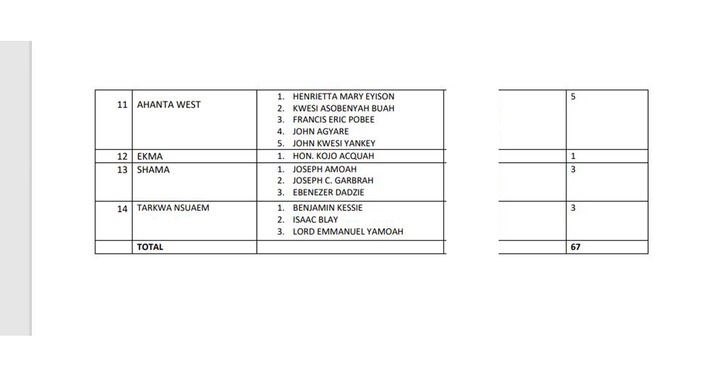 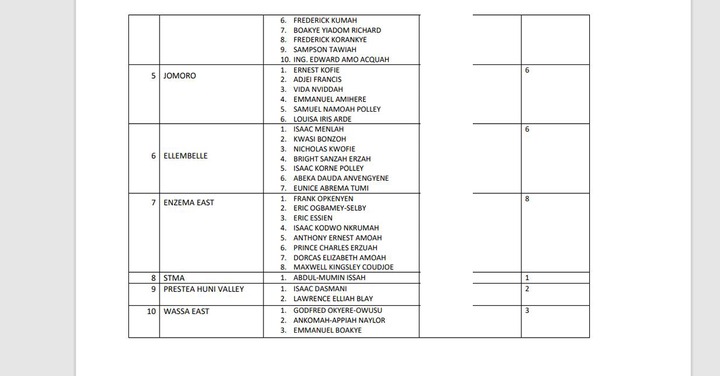 The Western Region vetting committee has released a statement and indicated that the various applicants will go through interviews.

The 1992 Constitution gives the president power to nominate Metropolitan, Municipal, and District Chief Executives (MMDCEs) to administer the various localities in the country.

After the re-election of Nana Add Dankwa Akufo Addo, he has already appointed ministers and their deputies.

The next in line is the MMDCEs. After their approval by the President, they will face the members of their various assemblies for confirmation.

Arrest And Prosecute Them; More Troubles For Joy Prime As Elikem Kotoko Shares This Alarming Photo.