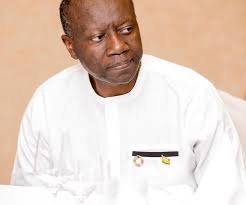 After finance minister, Ken Offori Atta announces to university graduates and Ghanaians that there is not job at the public sector, majority of Ghanaians are not happy to hear that statement and register their displeasure against the NPP government.

Job employment was one of the key factor which led to NPP winning 2016 elections because former President, John Dramani Mahama told some students that he is not going to pay their allowances to them. John Mahama stated that he want to use their allowances to create jobs for them but NPP on the other side disagree with NDC and told Ghanaians to vote for them and they will restore the allowances and give job in addition.

Before last election, NPP told the good people of Ghana that they have created over 2 million jobs but people have been asking where those jobs created can be found but NPP never respond to those questions.

Today, it seem former President John Dramani Mahama has vindicated over what he said in 2016 as Ken Offori Atta reveals that government payroll is full and they cannot employ graduates at this difficult time.

Due to that member of the New Patriotic Party, Baba Koniba in the Bono Region who was former special aid to MCE, Hon Prince Kwakye Afriyie for the past four years has revealed that Ken Offori Atta has thrown himself to the wolves after saying there is no jobs for graduates who are completing school.

According to Baba Koniba, Ken Offori Atta shouldn't have gone further to made such statement as the government is trying to curb graduate unemployment in the country which people may ask a lot of questions about. He said Ken Offori Atta has thrown himself to the wolves so easily although what he is saying is true but he could have remember that propaganda knows no context.

"Why leave so much room for people to question government commitment to curbing graduate unemployment in the country. You throw yourself to the wolves so easily by making mockery of the issue at hand although you took it from a context, but Propaganda knows no context" Baba Koniba said.