I Desire To Become Future Engineer Hence The Design Of Vehicle Which Is Powered By Phone Battery. 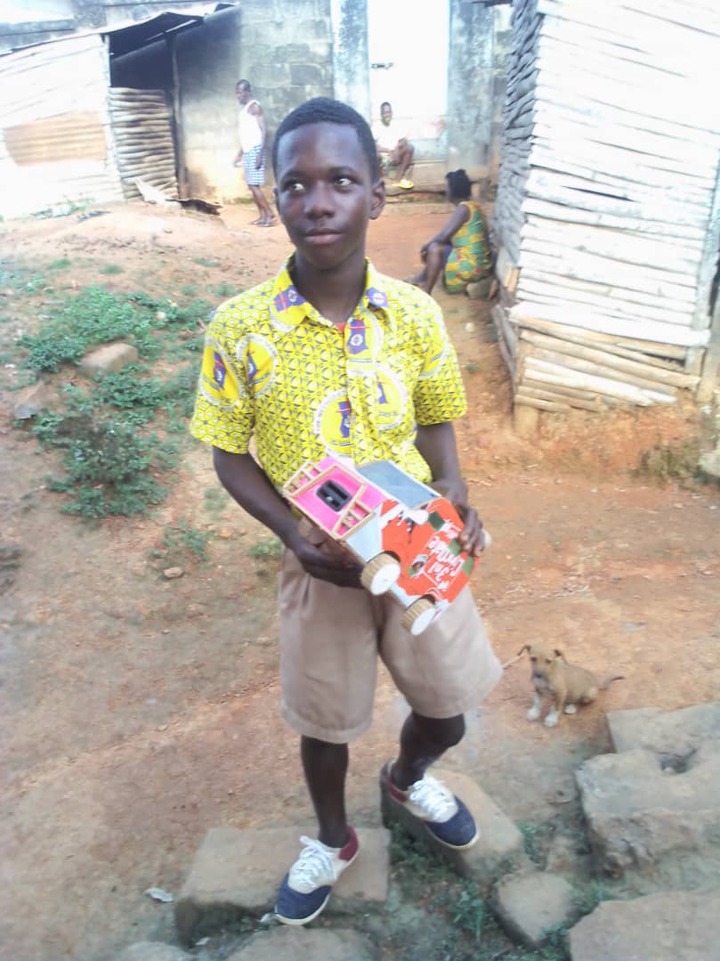 A primary six pupil of the Axim Methodist Primary School in the Nzema East District of Western Region, Master Benjamin Baidoo who desires to become a famous automobile engineer in the future has successfully designed a vehicle with cardboard papers which is powered by cell phone batteries.

Speaking to the correspondent with her mother Mrs Grace Baidoo in Kumasi over the weekend, Benjamin Baidoo said his decision of coming out with the product was as a result of the inspirations he got from his colleagues who have successfully used cardboard papers to design moving vehicles.

He said after his inspiration, he developed a deep interest to become a future engineer in the automobile industry.

According to him, he also uses the same cardboard papers to design moving aircrafts, among others automobile products which he applies cell phone batteries to power them.

Looking confident of his claim, Benjamin Baidoo indicated that he usually uses his leisure times to design moving aircraft and vehicles which he uses phone batteries to power them, after which he sells them with the motive to make savings to pursue his future dream after basic school.

The eleven year old pupil insisted that his current aim is to ensure that he completes his basic school, and then seek admission to pursue automobile engineering course at the Kantanka University of Science And Technology.

This he reiterated is the only way he can realize his future vision, and consequently appealed to philanthropists, Non-governmental organisations and other concerned Ghanaian to come to his aid to enable him archive his aim.

The teenage boy said though he has a fruitful vision to pursue in the future, the financial challenges confronting his parents are his concern on whether he would completed his basic school or not, hence the appeal.

His mother Mrs Grace Baidoo a maize farmer at Axim in her contribution, hinted about how Benjamin has become popular with his automobile designing carrier.

. The mother who complained about financial challenges was of the view that if Benjamin gets the necessary assistance, would help him to become a great asset to the nation and anticipate that public would pay attention to his appeal. 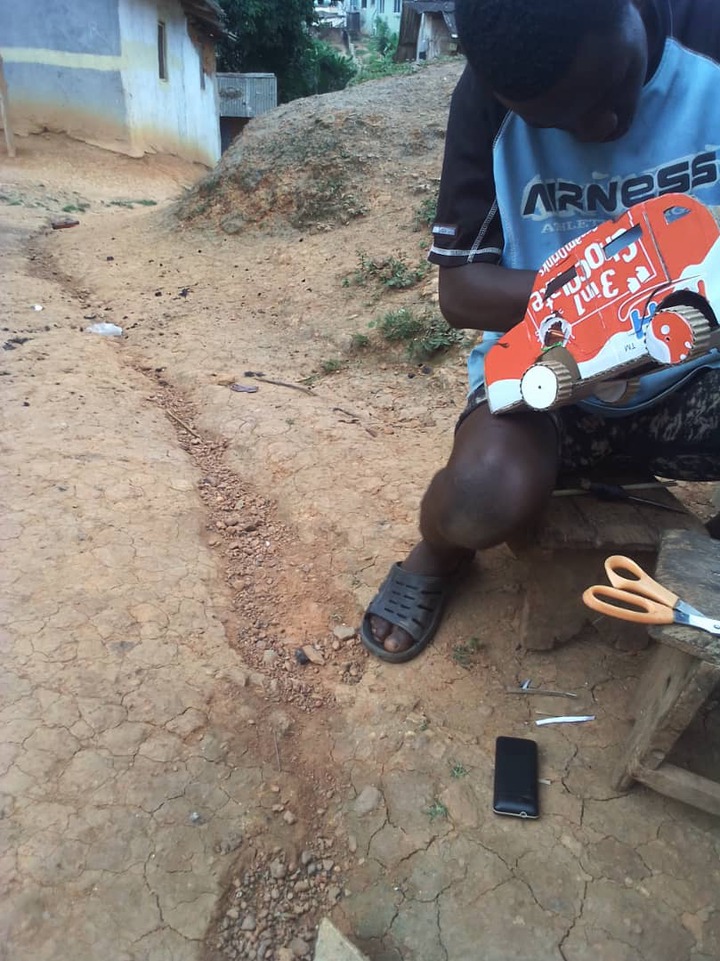