It Won't Be Easy Under You But We'll Remain Resolute– Dr. Akuffo Dampare Tells Akufo-Addo 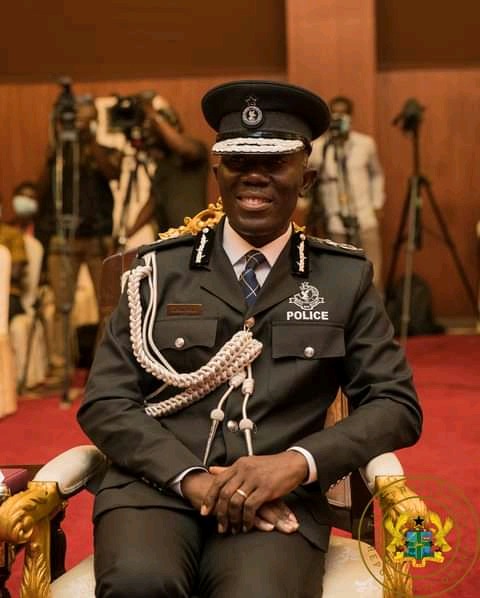 Congratulating him on his new-appointment, President Nana Akufo-Addo recounted that he has done more than expected and has been dutiful in the last two months in his position as the acting Inspector-General of Police and that his new position is well-deserved. 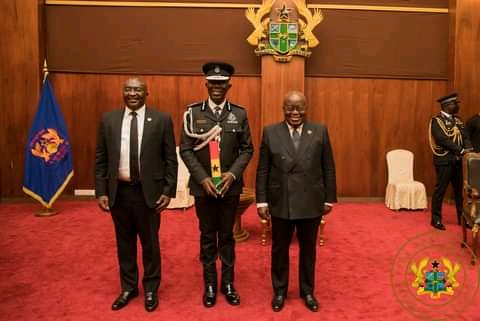 President Nana Akufo-Addo also advised him to not allow politics to hamper his duties. He served him notice to continue to dutifully carry out his mandate as the highest office holder in the Ghana Police Service but however make sure that he gets all the assistance he needs to work in his capacity.

In his response to the President and Ghanaians at large, the newly-sworn in Inspector-General of Police said that it he is well aware that it won't be easy even under the presidency of President Nana Akufo-Addo however his colleagues and himself have resolved to work assiduously to make sure that they become a world-class institution.

He also said that with his colleagues and himself working in the Police Service and outside of it, and also getting the support and backing of the entire population, they will be able to deliver and leave the Ghana Police Service better than they came to meet it. 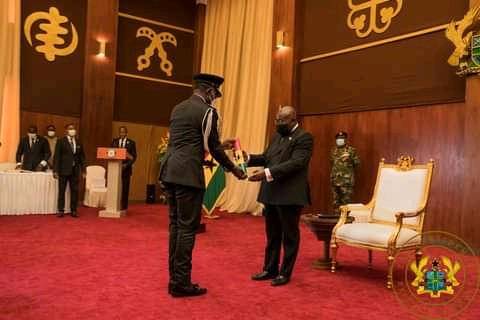 "We know it is not going to be easy even under anyone but my colleagues and I have made up our minds that even if we are unable to take it to its destination, we, at this time, will position the organization towards that destination such that there will be no turning back."

"Our vision has been to become a world-class police police institution. Mr. President, we are poised, we are focused on attaining just that," COP Dr. Dampare Akuffo said.

51-year-old Dr. George Akuffo Dampare is the 23rd and youngest Inspector-General of Police. He became a Chartered Accountant at the age of 25 while serving as a constable and also holds a PhD in Finance. He was an adjunct lecturer at the Ghana Institute of Management and Public Administration (GIMPA) and the University of Cape Coast.