By NanaOT (self meida writer) | 1 months

It's a common complaint that lawmakers' lifestyles are incompatible with those of their constituents. In Uruguay, this is not the case. Meet the president, who lives on a run-down farm and donates the majority of his salary. 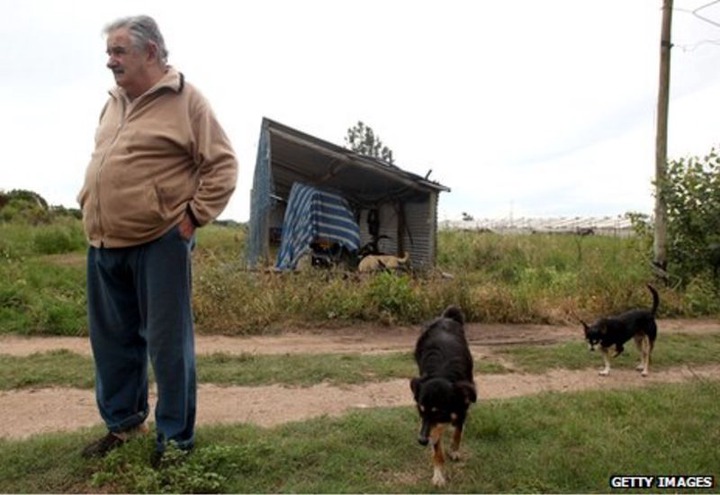 The laundry is hung on the outside of the building. The water comes from a weed-infested well in a yard. Outside, there are only two police officers and Manuela, a three-legged dog. 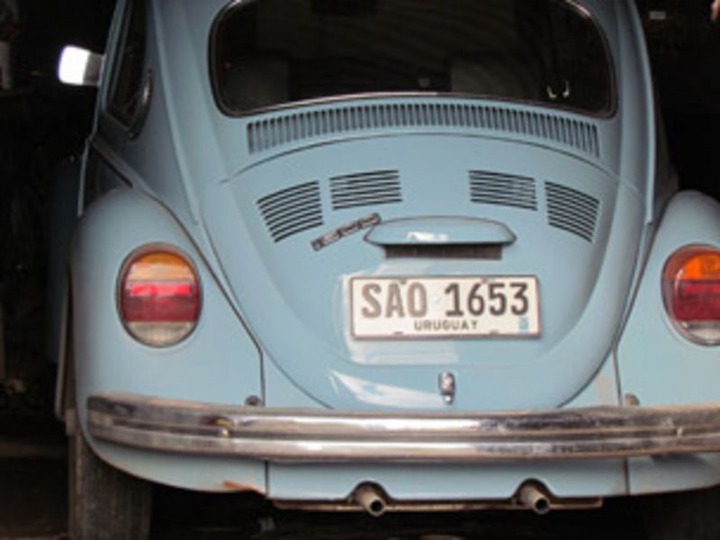 This is the residence of the president of Uruguay, Jose Mujica, whose lifestyle clearly differs sharply from that of most other world leaders.

President Mujica has chosen to stay at his wife's farmhouse, which is located off a dirt road outside of Montevideo, rather than the lavish residence provided by the Uruguayan state for its representatives.

The president and his wife work the land themselves, growing flowers.

This austere lifestyle - and the fact that Mujica donates about 90% of his monthly salary, equivalent to $12,000 (£7,500), to charity - has led him to be labelled the poorest president in the world. 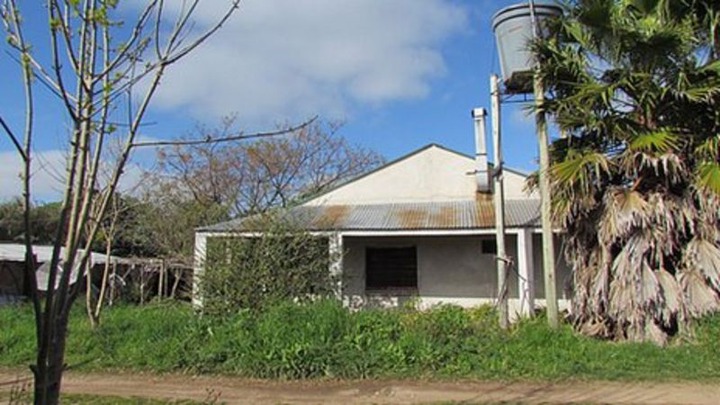 "I've lived like this most of my life," he says, sitting on an old chair in his garden, using a cushion favoured by Manuela the dog.

"I can live well with what I have."

Because of his charitable contributions, which support the poor and small business owners, his monthly salary is approximately equivalent to the average Uruguayan income of $775 (£485). 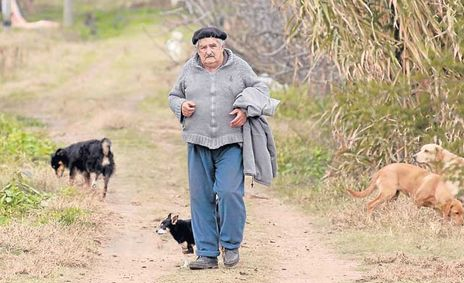 Elected in 2009, Mujica spent the 1960s and 1970s as part of the Uruguayan guerrilla Tupamaros, a leftist armed group inspired by the Cuban revolution.

He was shot six times and incarcerated for 14 years. Until 1985, when Uruguay returned to democracy, he spent the majority of his imprisonment in harsh conditions and isolation.

Mujica claims that his time in prison influenced his view on life.

"I'm called 'the poorest president', but I don't feel poor. Poor people are those who only work to try to keep an expensive lifestyle, and always want more and more," he says.

"It's a matter of freedom; if you don't have many things, you don't have to labor like a slave all your life to maintain them, and you have more time for yourself," he says.

"I may appear to be an eccentric old man... But this is a free choice."