By Lawrinda (self media writer) | 3 days ago 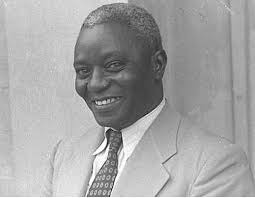 The Editor-in-chief of the Insight Newspapers, Kwesi Pratt Jnr has revealed the true position of Dr. J. B. Danquah in the United Gold Coast Convention party (UGCC).

According to him, the J.B. Danquah Ghanaians celebrate most when it comes to founder's day must not be celebrated.

Explaining, Mr Pratt Jnr says it is those who don't know the history of the UGCC, who think JB Danquah is a national hero, but for him, he knows he was the Eatern Regional Chairman, and that's all, nothing less nothing more.

In a news chanced on at ghanaweb.com, he stated at "This Danquah thing, only people who don’t know our history can be pushing Danquah as a national hero. Do you know Danquah’s true position in the UGCC? Danquah was the Eastern Regional Chairman of the UGCC. That’s all."

According to him, though Ghanaians celebrate J. B. Danquah as a hero, his real level n his days of politics in the UGCC, is that of Bernard Antwi Boasiako, popularly known as Chairman 'Wontumi', the Ashanti Regional Chairman of the New Patriotic Party (NPP).

"So, if you’re looking for the equivalent of Danquah in modern politics today, it is Wontumi. I’m serious. The level that Danquah attained in the UGCC has been attained by Wontumi in the NPP. He was a regional chairman."

Mr Kwesi Pratt further noted that Dr J. B. Danquah never won any election in his time. He lost every attempt he made in contesting elections, even to the extent that his own hometown; Kyebi he lost.

And for him, it is impossible for someone who had this record be worthy of a founder position for Ghana, if he couldn't be a founder for his hometown?

In conclusion, Dr. J. B. Danquah cannot be celebrated as a founder, when it comes to founder's day celebration in Ghana here, because he was a mere Chairman of a region and nothing else. 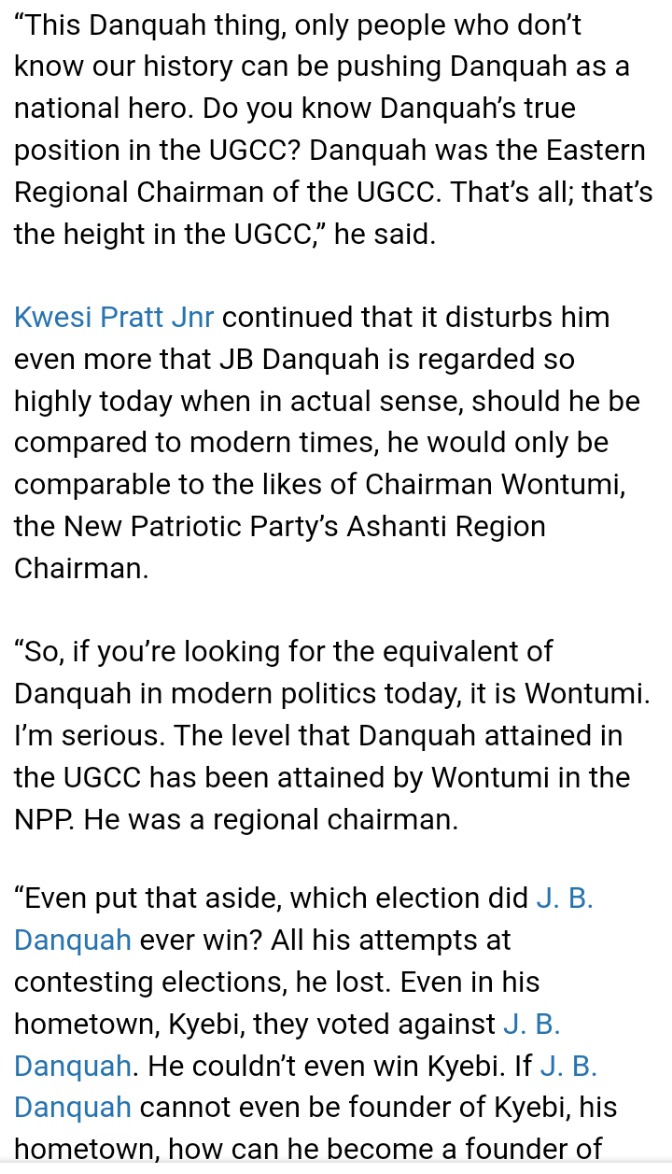