Weija Chief wants a neutral person for the position of MCE

By Cecilmenz (self meida writer) | 29 days 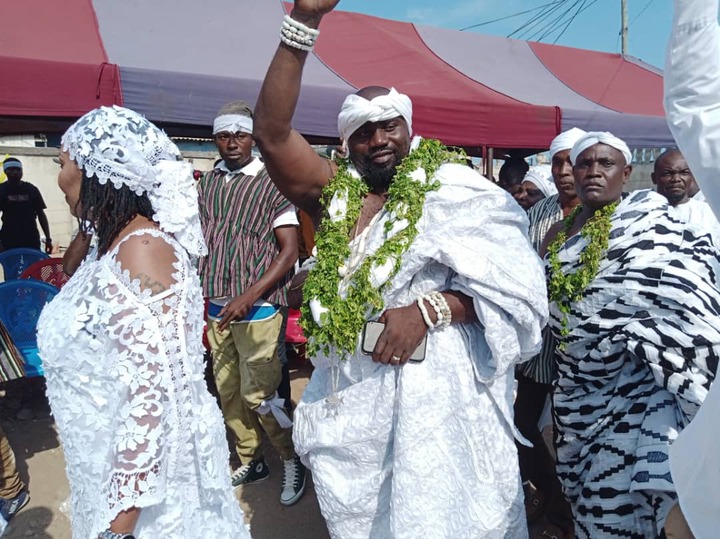 The Asafoaste of Weija Traditional area under the Jamestown paramount stool in the Greater Accra Region has prevailed on the vetting committee for MMDCEs to do a thorough job in the selection of a Municipal Chief Executive(MCE) for Weija-Gbawe Municipal Assembly.

According to the Chief, there is the need to select a candidate who has no links with the decades-long boundary dispute between the people of Weija and Gbawe.

Nii Ayi Okufuobour I gave this reminder speaking in an interview with this portal over the weekend as the vetting committee began its work to vet aspirants for the position of MMDCEs in the Greater Accra Region.

He said the choice of an exposed candidate will jeopardize all the work that has been done in settling the boundary dispute.

It is the hope of the leaders of the traditional area that some finality is brought to this decade-long matter of boundary dispute in the area, he added.

He called on the committee chaired by the Greater Accra Regional Minister, Henry Quartey to do a proper job by choosing the most qualified person who has no links and biases in the boundary dispute with Weija and Gbawe.

As community leaders we want the matter settled for peace to prevail to enable people to go about their businesses without the fear of being attacked by some members of the other faction in the dispute.

This is not the time for a personality from Weija or Gbawe to be chosen as MCE in the second term administration of His Excellency Nana Addo Dankwa Akufo-Addo.

We are aware there indigenes from Weija and Gbawe jostling for the position, but as leaders, we think this is not appropriate for a person with links to the dispute to be chosen.

He was quick to add that this dispute has over the years derailed the development of the two adjoining towns.

He said several people on both sides have maimed.

He stressed that people with links to the dispute can be chosen as MCE after the Ministry of Local Government and Rural Development with the support of the Ministry of Chieftaincy and Religious Affairs settled the matter.

But for now, we need a neutral person to come to handle the affairs of the municipality.

Over the past decades, the people of Weija and Gbawe have been at each other’s throats over the boundary dispute in the Ga South municipality.

Several people have suffered injuries with the Oblogo Chief, Nii Kweku Binini losing his life in the matter of the boundary dispute with the people of Gbawe.

We intend to write a petition to the committee to remind them officially to do the needful in the matter of MCE for Weija-Gbawe Municipal Assembly.