Sometimes advice do not change people.People normally change after they have gone through very bitter and dispicable experiences.

Despite my Christian background, I allowed myself to be influenced by very bad friends and would not advice any young person to follow my footsteps and land in similar situation.

I accidentally found myself in the company of very bad friends in my final year in senior high school when there was much freedom because our sisters had left school.

These friends had multiple boyfriends and I was intrigued at how they managed these men without getting caught.

Not long after I joined this group,they took me to a popular location in town one fateful evening when our mates were at prep.

They went there with the aim of meeting their guys and so all of them were occupied and I was the odd one out sitting there alone and admiring the beautiful scenery around.

A young man in his early 20s approached me and expressed interest in me which I declined initially. So after we came back to school they wanted to know what had transpired.

I told them he expressed his interest in me but I told him I wasn't interested .These friends never took things lightly when I told them what happened between us.

I was then coerced to accept his request and I later realised it was a plan of my friends to get me set up for the guy.

I was left with no other option than to accept the guy because they made me believed he was good and ready to do anything for me .

I never knew that was the genesis of my troubles. He did not treat me well and I developed very wrong perceptions about relationships.

Despite the good training I received from home, these friends made me understood that,as a lady,I can used what I have to get whatever I want .

Though we did not attend the same university but I was coached by these friends that I should get closer to the young lecturers and that will be my turning point of getting good grades for a better cumulated grade point average.

Thankfully I got admitted to persue a course that was new and had only young lecturers. Fortunately for me,my maker never disappointed me as I am endowed in all spheres of my body.

As a result of my clandestine relationship with some of these lecturers,I always tried my best to look good and also avoided getting caught .

So I had limited time for studies. I was told by these men to only be present in class and I am good to make an A while others sit up all night and still get trailed.

So basically I just went through the school without learning anything despite the technical nature of my program that I was persuing which was computer science.

These amorous relationships with the young lecturers continued till my final year when I realised I have finally used what I have to get what I wanted.

I chose a very challenging topic for my project work and if I had the time to do more thorough research into the topic,I would have been a star by now.

It took the intervention of one of my supervisors to get matters associated with my project work addressed.

Fortunately ,I made it through the university with a first class and the reality now downed on me that, the time is finally up to face the reality of life.

I have attended a series of interviews on my quest to search for a job but I get dropped each time. I have a very good resume but unfortunately I cannot proved ownership of the resume when very technical questions are asked about my field of study.

This is simply because ,I never had the luxury of time to sit down and study. This has made me failed all interviews I have attended.

My friends and family do not understand why upon my intelligence and first class certificate,I still can't land a dream job with any of the multinational companies as an IT expert.

But the reality is that I only attended the university to make the grades but not to acquire the skills and experiences needed to be employable at the job market.

I won't advise anyone to ever follow what I did because I will forever regret for using my beauty to acquire grades rather than skills and experiences which makes one employable and useful in society. 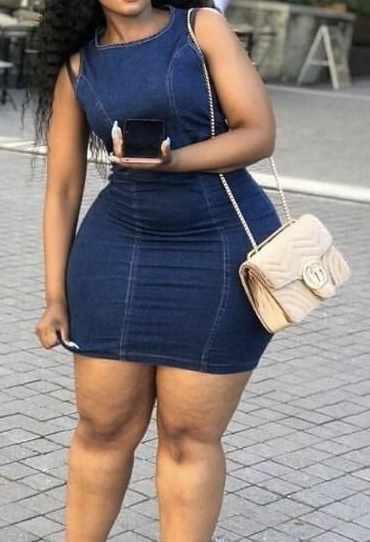