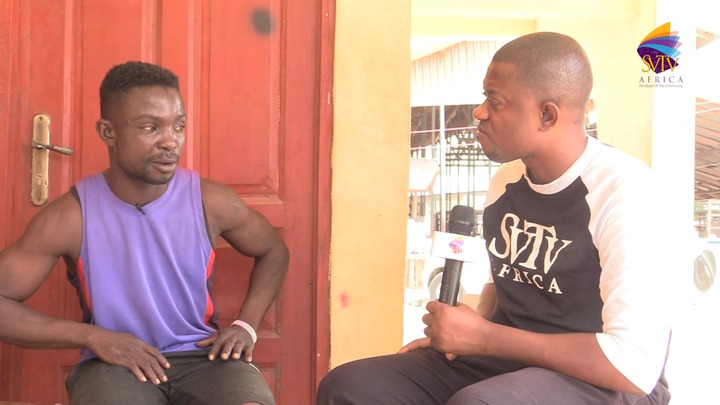 An ex-convict who was jailed for stealing has stated that he is very aware of being mobbed to death but says nothing comes easy adding that death is a risk with many other jobs.

In an interview with SVTV Africa’s DJ Nyaami, Kwadwo Sarpong revealed that he began during the Rawlings era when he migrated to the capital. After ‘working’ at Kwame Nkrumah Circle for a while, he went back home (Konongo) and was arrested and jailed for a year and a half.

“Sometimes you need to stay on the low for a while else you will be caught. That's why I went back home. At Konongo I was alone, unlike Circle where we’re many.

I tried to snatch a woman's bag at dawn but it seemed she was with someone so it didn't work. I had to run. I jumped a wall but the people were awake so they caught me,” Kwadwo recounted.

Responding to whether he was beaten, Kwadwo answered in the positive saying “yes, it has become the norm. We know we may be killed but it is the same with other jobs.”

According to Kwadwo Sarpong, education was not an option for him. After elementary school, he began learning mason work. However, he joined a bad company that sold some of the building materials to buy drugs.

After he was fired, he decided to come to Accra or as he calls it; Any Criminal Can Roam About (ACCRA).