The Concept of Women Empowerment

By Nic-Relationships (self meida writer) | 22 days 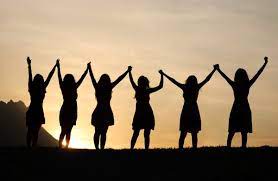 Global empowerment of women is a new concept. Since the second half of the twentieth century, the issue of women’s empowerment has gained importance among scholars of universities, and on national and international platforms.

History demonstrates that out of all deprived groups in the world women have suffered the most. Their suffering knew no bounds based on culture, race, region or religion. They have been victims of abuse, molestation, violence, rape, poverty, malnutrition, ill treatment – in a word all sorts of deprivation. But until recently, scholarly attention was not focused enough on subjects related to empowerment of women.

Even in the 21st century women are beaten, considered witches; they are getting stoned for committing sexual activities; honour killing is in practice in many parts of India; and with petty excuses they are tortured and raped while the main perpetrators move freely without any punishment.

Further, they are disallowed to use mobile phones; debarred to choose their own dress or profession; have little freedom in marriage and reproductive matters; are restrained to move freely within their locality; are discouraged to participate in political activities; and many women remain starved or half fed.

The issue of ‘women empowerment’ is now a global phenomenon. Since the origin of the United Nations Organization, the issue of women’s development has attracted the attention from the scholars worldwide, and the concept has come in the political agenda of a large number of countries.

Empowerment of women is not only imperative but also crucial for all-round development of society and the nation as a whole. The issue of ‘women empowerment’ has become a central point in the programs and activities of the United Nations and other Government and Non-Government Organizations. Subsequently, it has also become a major concern of the social scientists, politicians, bureaucrats and researchers.

Empowerment of women is not only necessary; it has become an imperative now. Over the last three decades, various women’s organizations, NGOs, and liberal Governments are actively working towards empowerment of women.