Wameck Group, a company that handles cocoa sales from farmers and delivers to the Ghana Cocoa Board, has found itself in hot waters after the company failed to pay workers for nine months. For nine months now, no worker within the Wameck Group has received a dime with regards to their salaries from November 2020 to August 2021, the police complaint said. 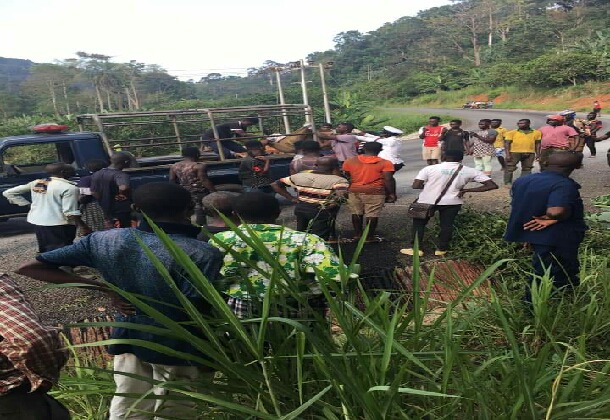 Eighteen workers from Wameck Group including drivers, labourers, sales executives, and supervisors filed a police complaint form against the Wameck Group at Sankore Divisional Police Command where the company's headquarters is. The workers are accusing the board of directors of failing to honour their terms of employment.

Master KS, known in public life as Kwame Sarpong, the lead complainant of the eighteen people in their submission to the Sankore Police, blamed the Wameck Group company for using the workers for nine months without giving them anything. We are tired of their excuses and that was why we decided to come together and file a police report against them, Master SK said this morning as he briefed the listeners of Awareso FM, a Sankore based radio station. 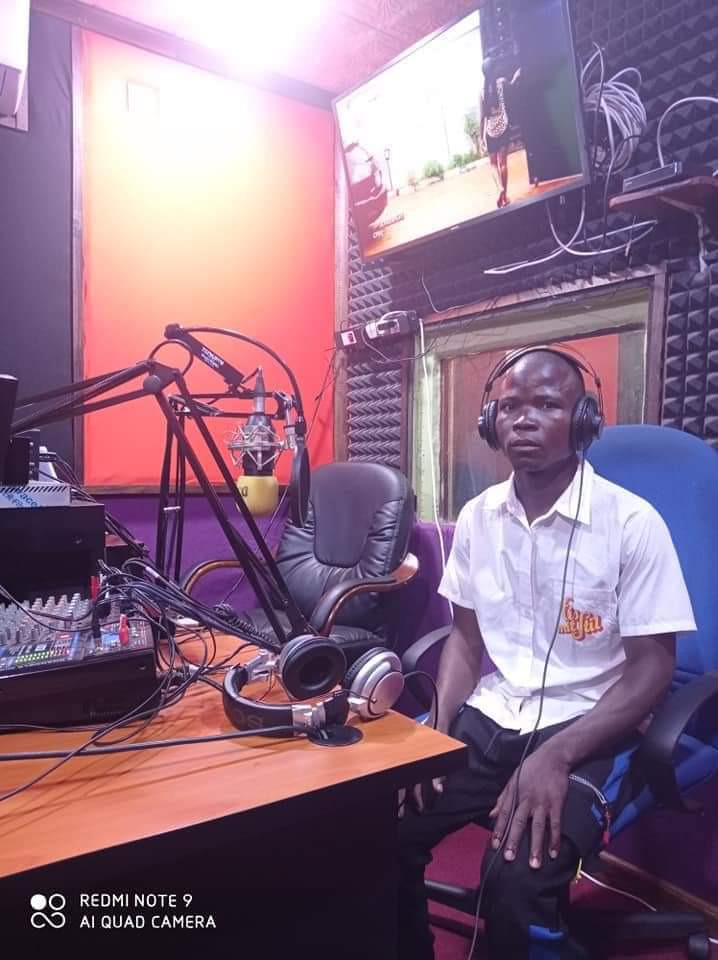 The Wameck Group hasn't responded to the police complaint yet and they have until Monday 13 September 2021 to respond to the complaint from their workers, but from the narration of Master KS's submission on Awareso FM, the board of directors of Wameck haven't been truthful to them ever since one of their trucks had an accident last year.

Every time we ask for salaries, they will use the past accident to justify their failure of paying our salaries. This Master KS said has been the excuses of the company anytime they the workers of Wameck Group asks them for their salaries. We see it as a joke and we are tired of it, that is why we are taking them to the authorities to demand our salaries, Master KS said in ending his interview at Awareso FM. 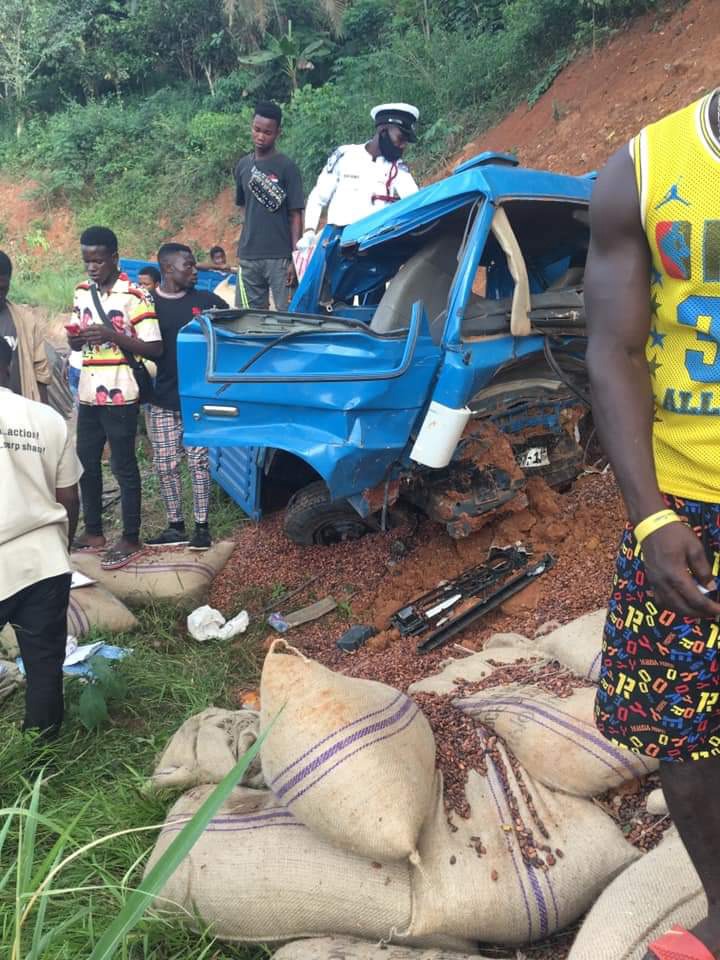 Though the managers of Wameck Group hasn't responded to the complaint yet, it was alleged by Master KS that, the board of directors are relying on an accident that happened on 18 November 2020 to deny them their salaries from November 2020 to date. On 18 November last year, one of our bigger trucks, the long vehicle trucks carrying lots of cocoa seedlings had an accident when the truck was descending the Adjeikrom hill. The truck driver failed a transmission and the long vehicle truck collapsed on the Adjeikrom hill, the same road to Begoro.

It was confirmed four people died from the accident while one survived it. Four loading boys on the truck lost their lives while the driver survived it with an amputated right leg. Though the driver was taken care of as well as the loading boys family, the entire working force of Wameck Group hasn't been paid a dime after that accident and Master SK is of the view that, the company board of directors are using it to deny them of their wages. 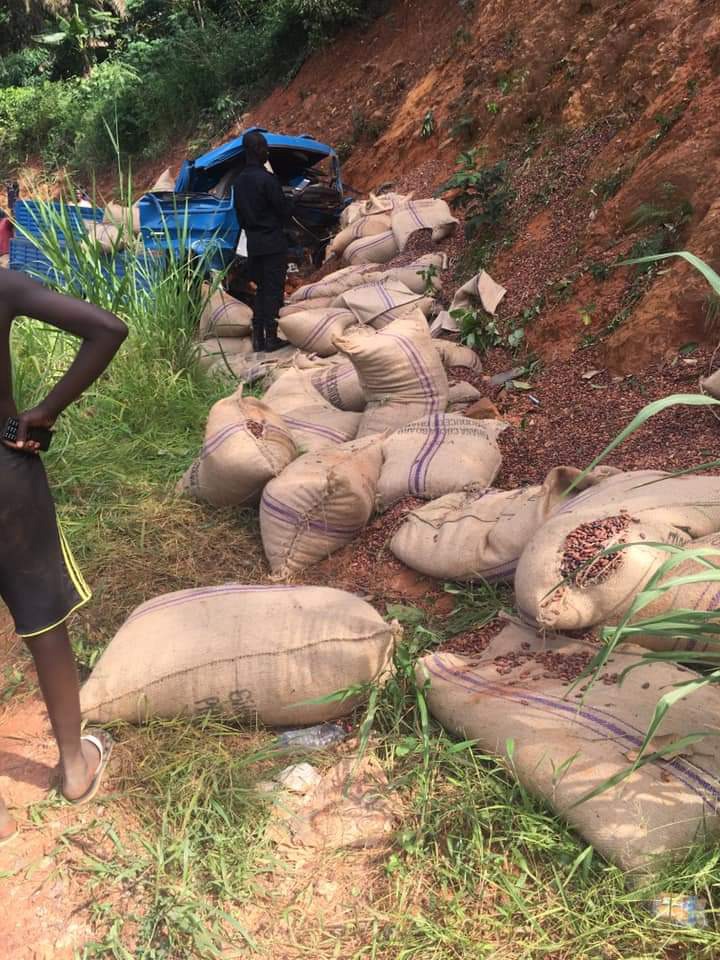 Although the operations manager of Wameck Group acting as the General Manager has been arrested, but hasn't given details on the issue. Mr John Boanagye, the Acting Manager of Wameck was arrested this morning and has since declined to speak on the case. I am waiting for my lawyers and I will be out here on bail so we can file our defence on Monday, but let me emphasised that, it has not been deliberate to deny our hard-working force their money, but circumstances have made it difficult to comprehend. We lost millions and that is why we haven't been able to meet our financial demands. Everything will be sorted, the manager said in declining to speak on the issue. 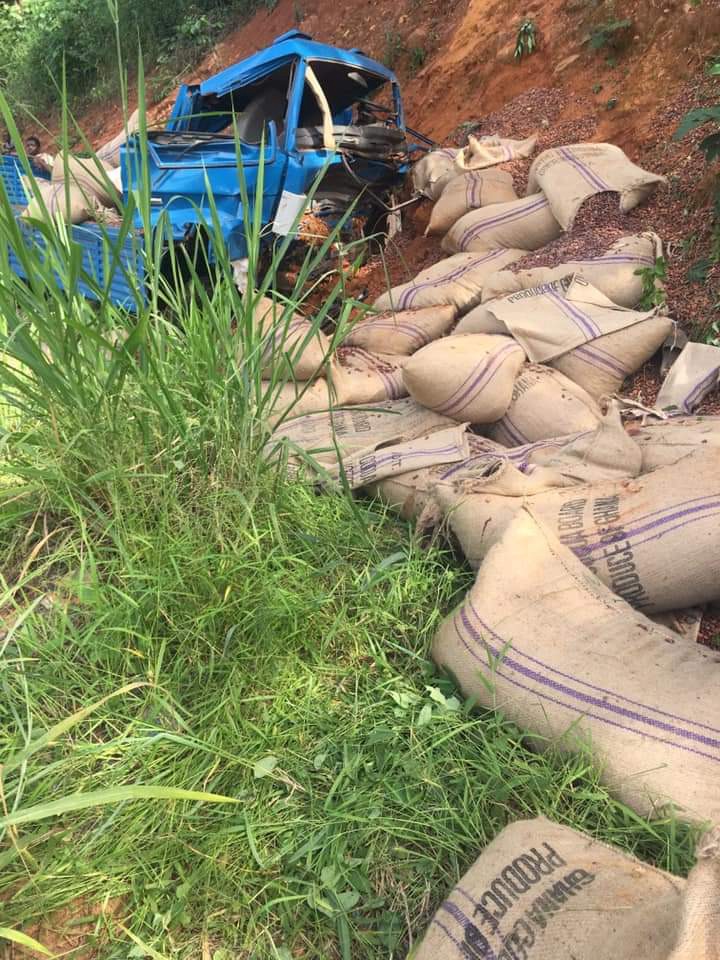