Nana Aba’s Thief Arrested: The Guy’s Attitude is a True Reflection of Some Ghanaian Politicians.

By Folkxhub (self media writer) | 16 days ago 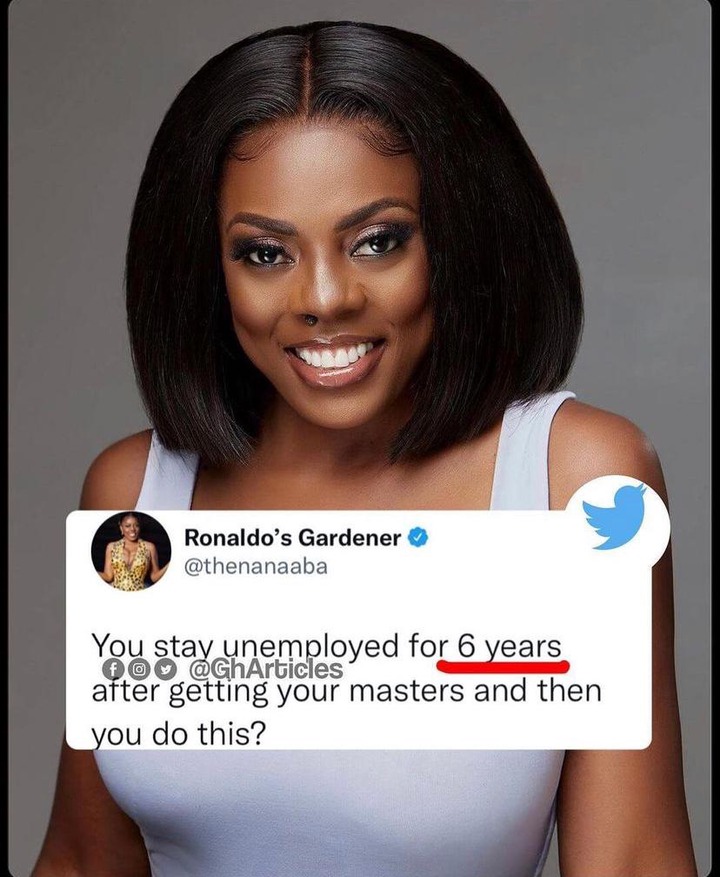 Nana Aba Anamoah has taken to Twitter to share her ordeal about one unemployed master’s degree holder. The sad chorus in Ghana right now is unemployment. Many youths have completed universities and they don’t have jobs. Most employees also argue that some of the graduates are not sharp enough. They just hold certificates. They cannot think on their feet.

Well, this employed guy was having a master’s degree and for 6yrs, he had no work. As part of Nana Aba’s good gestures, she decided to give him an opportunity to get employment so that the guy’s mother will enjoy the fruit of her toils. She has paid too many school fees. Nana Aba introduced the guy to someone for employment. Although there was no vacant, the owner of the company accepted the guy because of Nana Aba’s recommendation. Fully employed and receiving GHS4,500 monthly net income, the guy still went ahead to connive with other colleagues to steal over 100k. He was eventually busted and together with the other colleagues, their case is pending court processes. 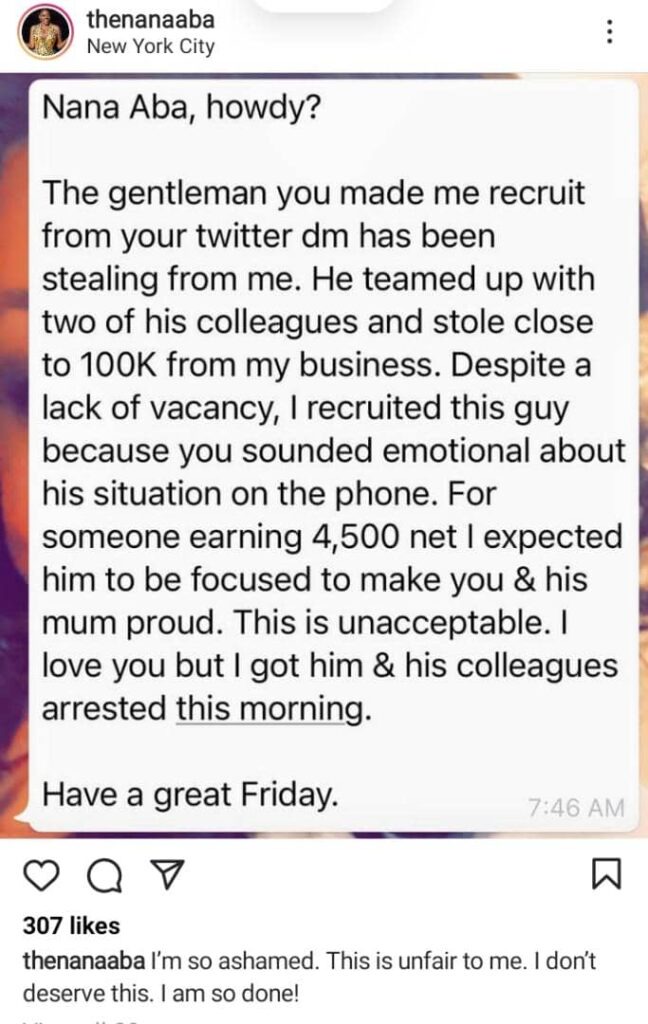 This story reminded me of a sermon Pastor Mensah Otabil preached some time ago. He told the story of how people become insecure after long periods of hardships and unemployment. When people suffer too long, they lose belief and hope in anything that takes time to liberate them of their financial bondage. They become eager to ease themselves. That’s why some people astronomically charge huge when they realize a rich person is showing interest in something they are selling. They want a breakthrough in their financial misfortunes from one transaction. Because they are afraid to go broke again.

But that is wrong. Money acquired from foul play doesn’t last. The same thing happens in the body politics of Ghana. People invest billions of old currency to get into power, when they reach there, they know their days are numbered so many of them try to make money out of the wrongs. For many, they would like to make money and profits from their first term because the second term may not be promised. So, instead of doing an excellent job to bring some impressive developments to the country, they work haphazardly.

Look, we shouldn’t act hypocritical about the matter, some of these graduates migrate to become members of parliament and sector ministers. When they get there, some engage in foul plays to get money, however, they are smart enough to escape. That’s is why the Office Special Prosecutor (OSP) was created to kill this challenge. 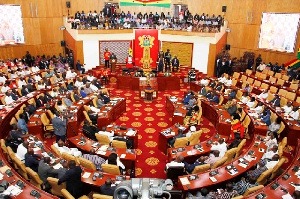 Reasons Why Men Should Marry These Type Of Ladies-Opinion