By MrsCelestial (self meida writer) | 3 days

Mrs. Mawuena Adzo Trebarh is a focused leader, exceptional communication strategist, loving wife and an awesome mother. Mrs Mawuena Adzo Trebarh has shown time and again that, humility, excellence and diligence will get people very far in life. She began her career as a professional underground mining Geologist with Ashanti Goldfields Corporation now Anglo-Gold Ashanti, where she set a record, as she was their first female underground exploration geologist and In addition, rose through the leadership ladder and became the Corporation’s Investor Relations Officer. This new phase of her career set her up to her passion: strategic communications and she has since then, not turned back on this new found love and this meant that, she was doing away with her Geology background, to take up corporate communications.

Mawuena boasts of a very rich background, as Mawuena's maternal grandfather, Philip Gbeho, was the composer of the National Anthem of Ghana and the music master of Achimota School. Her paternal grandfather, Michael Dumor, was a pioneer in the Catholic Education Project in the Volta Region beginning from the 1930s. 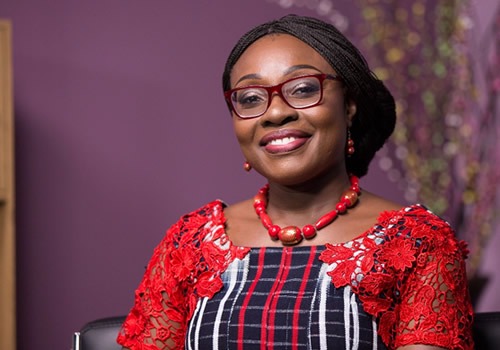 She is the eldest of three children by her parents and her siblings are the late Komla Afeke Dumor of the BBC and Dr. Korshie Dumor an internal medicine specialist based in the United States of America.

Mawuena is a graduate of the University of Jos in Plateau State, Nigeria, where she graduated with a Bachelor of Science degree in Geology and Mining in September 1996, but later studied for an MBA in Management and Strategic Planning at the McCallum Graduate School of Business, Bentley College, Waltham, Massachusetts in the US, graduating in 2002.

Mrs Trebarh later took a position with Newmont- A US based gold mining conglomerate as the Communications, before she joined the MTN Telecommunications Group as Corporate Executive for Communications with additional responsibility for MTN Foundation and mandated with driving the reputation management of the company’s USD $ 1 billion plus investment, this has allowed her to contribute immensely to the mining and telecommunications sectors. With these, she has an applied wealth of expertise across other sectors of the Ghanaian economy.

She however, may have come to national fame, when she was appointed as the first female to be appointed substantive Chief Executive Officer of the Ghana Investment Promotion Centre (GIPC) from April 2013 – January 2017. 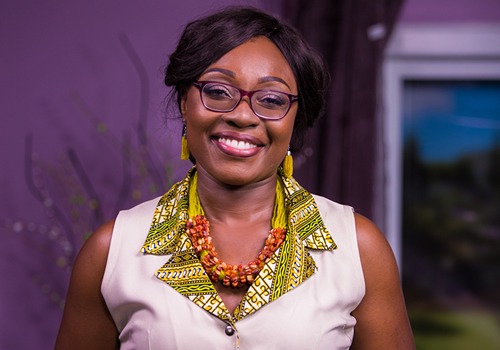 GIPC is the government agency charged with the facilitation and promotion of investments in all sectors of the Ghanaian economy. As the CEO of GIPC, Mawuena was at the helm of Ghana’s investment drive and her focus was on promoting specific projects in key areas for investment by local and foreign investors. At the start of her tenure in 2013, the new GIPC Law, Act 865 was passed by parliament and she was a key influencer for educating the Centre’s stakeholders on the importance of adhering to the contents of the Act through various engagements and forums.

Her passion and creative approach to finding solutions to various challenges has changed the face of GIPC to one that is customer focused to better facilitate the investor. Her initiatives over time have lifted the Centre’s image and improved the work culture of its staff as well as relations with stakeholders.

Under her leadership, the Centre for the first time, won the prestigious award for the best Investment Promotion Agency in Western and Central Africa, beating the likes of Rwanda and Nigeria. The Centre also realized a surge in foreign direct investment despite the challenging economic climate during her tenure. In the first quarter of 2015 foreign direct investment of USD 112.2 billion was recorded, representing an increase of over 1000% over the same period in 2014.

Mawuena has been recognized through a number of national and international awards including the Millennium Leadership Forum Award for championing excellence in trade investment and agro-processing and the National Youth Role Model Award for being a role model and youth leader.

With a background and recognition as an astute strategist, she believes in the need for continuous value creation. Mawuena is passionate and believes strongly in service to society and humanity.