By Bohyɛbayaw (self media writer) | 4 months ago 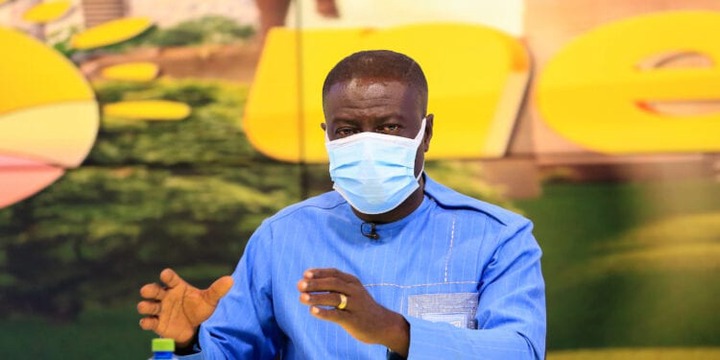 Mr. George was appointed yesterday after the Inspector General of Police James Oppong-Boanuh has been sacked.

The journalist speaking on Onua TV/FM told that, he trust the new appointed IGP and has urged him to work well and not to repeat what the former IGP, Mr. Boanuh did.

Though, Captain has showered congratulations to the new appointed IGP but he said the IGP is likes the most is Peter Nanfuri.

According to him, Mr. Peter is a man of his words and works with no embezzlement. He has tasked Mr. George to do same and not to fill his stomach.

He said, " you have no protruding stomach, work with justice and do not fill your stomach to become protrude".

Meanwhile, Smart has slated August 8, 2021 to also enroll in the #fixthecountry campaign to put the government on it toes.

Captain was earlier on Angel FM where he was suspended. According to Dj Ohemma Woyeje, she told that Captain was insulting the leaders were he was asked to stop but he didn't listen and that caused his suspension.

But renowned journalist, for his good works to lift the country is still on Onua Tv revealing bad practices of some leaders in the country.

Content created and supplied by: Bohyɛbayaw (via Opera News )