List of Kalenjin cultural ceremonies you need to know

By Iantanui1 (self media writer) | 1 year ago

Amidst the Covid-19 pandemic,many of us got surprised when they heard of cultural ceremonies to cleanse the land or wipe off the pandemic. Yes such cultural ceremonies exist and beleive me you, they all got kalenjin names! Surprised? Well, don't be, i am going to take you through all the names. Have a look: 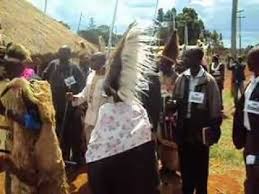 ‎After the death of a family member, mostly due to suicide or a bad act, the house ought to be cleansed before the family members resume to live in it. In most cases they use the 'sagawaita' tree to smoke unto it.

This is the shaving ceremony. Upon the death of a family member this is due to respect and wiping off the past.

If incase the dead person was sick or was of old age, the things he/she used is removed from the house via this ceremony.

The cleansing of the tools used by the dead when he was alive. A 'sagawaita' tree is burnt and it's smoke is left to smear unto it.

After the death of an husband, to comfort the widow, her family precisely the brothers may come with gifts mostly a cow as a way of comfort. Such cow is named it. 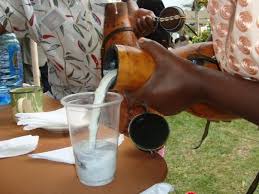 Njor in the kalenjin means a sacred place that is not visited by everybody. This was a ceremony when a suitor visited his bride's home and he was only allow to enter the Eastern half of the compound.

Caried out at the bride-to-be home. It involves the teachings on how to be a wife.

It is also a ritual for promoting a man to sainthood.

This is the negotiations over the dowry payment. It is done at the bride's home.

Before an agreement either parties are not allowed to greet each other or eat any food.

A ritual done when a man recieves his adulterous wife after a successful plea for forgiveness. It is mostly followed by a fine payment.

Ceremonies associated with the society. 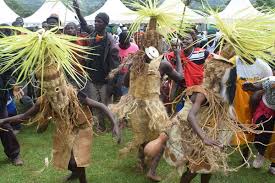 Mob action for executing an offender in a society. They were mostly witches, nightrunners or evil doers.

This is the cleansing of a country or a community amidst a disaster or pandemic. Most time they suffocate a white goat with no blemish or do some rituals near a water body. This has been expirienced mostly in some communities lately.

When a clan member does something against the norm, the clan elders throws leaves unto the doer to signify outcast and link it to stoning. What followed this was mostly banishment. 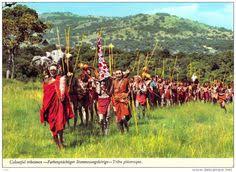 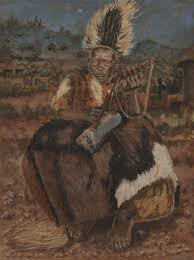 The cleansing of initiates.

Mostly done in the rivers.

Songs and dances done before the night of initiation. The mother of initiates is to look for a 'sinendet' treee early in the morning.

In the past, raids were common. Before raids a mock fight was performed to test the aggression of the warriors.

This is not a ceremony. It is a cow given to a family by a killer who killed the member of a family as a form of cleansing.

Ceremony after the birth of a child.

Sacrifice to honour a great person in a Society.

Done to bless a leader of a community.

Any other ceremonies you know?

Content created and supplied by: Iantanui1 (via Opera News )