By Togeh (self media writer) | 1 year ago 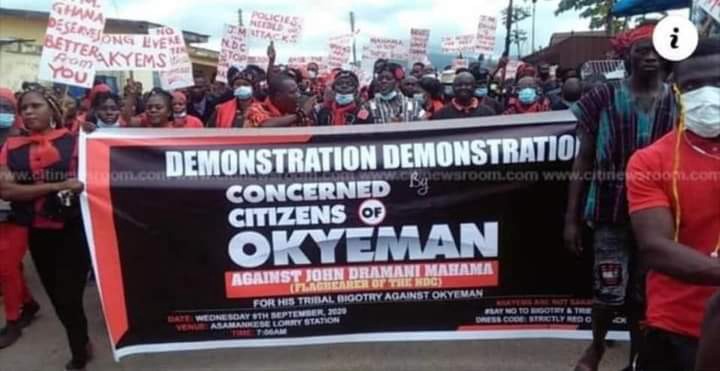 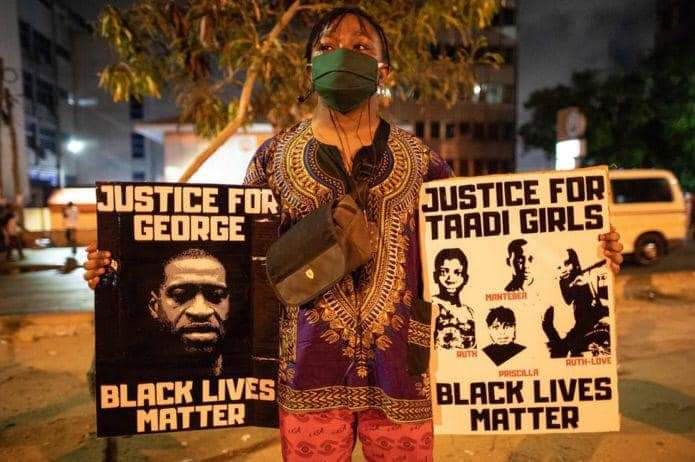 The Economic Fighters League in collaboration with #BlackLivesMatter movement on 6th of June this year organized a vigil in commemoration of all Africans in Africa and in the diaspora whom have been victims of inhumane treatment and murder, after having duly notified the police. During the course of the event, the police disrupted the event and insisted notification had not been served despite numerous evidence to the contrary. The Commander in Chief of Economic Fighters League, Ernesto Yeboah was unlawfully arrested in the process and detained. He is facing trial and will be reappearing in court on 14th of this month.

On the 6th of August Fighters notified Ghana Police Service of our intent to hold a vigil, this time in honour of Madam Akua Denteh, the elderly lady accused of being a witch and murdered by members of her own community. Twelve [12] days notice were given – a week more than the 5 days required by the Public Order Act. The Police responded to our notification on the evening before the event, stating that they have “denied us permission” – something which was not within their right or power to do. In their letter they stated that the President had not lifted the ban on public gatherings for rallies and demonstrations hence our activity would amount to an illegality, even though it was a vigil. In our response, Fighters educated them of their role under the law and issued a second notice for 16th August. Three days to the date, we received an official court injunction barring us from going ahead with the vigil, but not before they had threatened us with violence, just as they opened fire on unarmed vigil attendees during the #BlackLivesMatter vigil. We called off the vigil, satisfied that we had now been able to force Ghana Police to act in accordance the stipulations of the Public Order Act. We continue to engage the public on the matter of Madam Akua Denteh in our weekly online series, #JusticeForGrandma.

Despite the ongoing spirited attempts of the Ghana Police in stopping the Economic Fighters League, the Nurses, the Sanitation Workers and others seeking to protect their rights, yesterday Ghana witnessed an undisrupted demonstration by some Ghanaians in the Eastern Region of Ghana against comments – not actions, not murders - they did not find favourable. It appears all participants were allowed to go home unobstructed once their protest was over. We are yet to hear of any police disruption, threats, acts of violence, or shooting of live ammunition by the police and their counter-terrorism units.

The reason given for the injunction on the EFL vigil was that the COVID-19 Executive Orders were still in place.

The question that begs to be asked now is, is the COVID-19 pandemic over? Has the President's directive on political gatherings been lifted?

Are the demonstrators in this event more Ghanaian than the rest of us who wanted to call for justice for Madam Akua Denteh and other women facing such injustices?

The selectiveness of the Ghana Police Service speaks to the class nature of the system in Ghana and clearly demonstrates how the Ghana Police Service has become a tool used by those in power to serve their interest at all times. Justice for Akua Denteh is injuncted because she is a poor and unknown woman yet a demonstration against "Akyem Sakawa boys" is allowed because it is by those whose actions benefit the few in executive positions today, stealing our collective resources.

We condemn this elitist and selective approach of the Ghana Police in executing their duties.

We call on all Ghanaians who equally feel insulted by the blatant stealing involved in the Agyapa Minerals Royalty robbery to ready themselves to join any mass protests organised by any group of concerned persons to cause a halting of the Agyapa fraud since the Ghana police has officially opened the doors for political mass movements.

Every being resident in Ghana has inalienable rights which they must be free to assert without fear or favour. The Economic Fighters League will continue to demand that the rights and liberties enshrined in human rights charters at both continental and global levels are respected, and will continue to challenge Ghana Police Service and any other state organ that seeks to deny the People of Ghana those rights.

Until We Are ALL Free.

We Know What You Did; Captain Smart Drops Another Revelation About The Passage Of The E-levy