By Gustablo (self media writer) | 1 year ago

In a world full of people and nations with different sentiments and perceptions, it is only normal to expect conflicts to happen once in a while. These conflicts could either be internal; that is within countries, or external; among countries. Global Peace Index (GPI) is the leading global measure of national peacefulness. The GPI is produced by Institute of Economics and Peace (IEP), an independent, non-partisan, non-profit organisation, which is dedicated to shifting the world’s focus to peace as a positive, achievable and tangible measure of human wellbeing and progress, to measure the relative position of nations’ and regions’ peace. It ranks 172 independent states and territories according to their level of peacefulness. 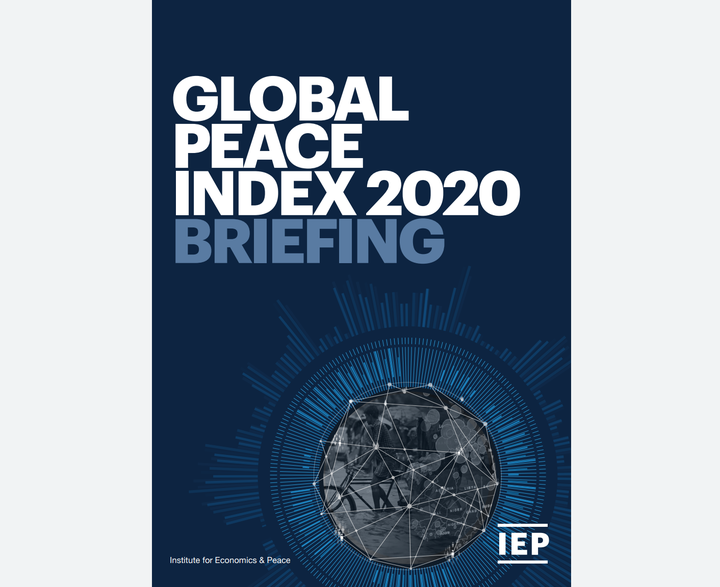 The top five most peaceful countries are as follows;

The least peaceful countries are;

Other popular countries were ranked as follows;

Ghana was ranked 43rd globally and 3rd in Africa, coming behind Mauritius (1st) and Botswana (2nd).

For the year 2020, the GPI reported that, on the average, the level global peacefulness deteriorated by 0.34%, which is the ninth deterioration in the past twelve (12) years. However, eighty-one (81) countries improved on their previous scores while eighty (80) recorded a decrease in their scores over the past year. According to the GPI, 2020 represents a world in which the conflicts and crises of the past decade has begun to fade away only to be replaced with a new wave of tension and uncertainty, resulting from the COVID-19 pandemic. Also the gap between the most peaceful and least peaceful countries continue to grow as the years go by.

The five (5) countries that recorded the highest improvements in peace are; 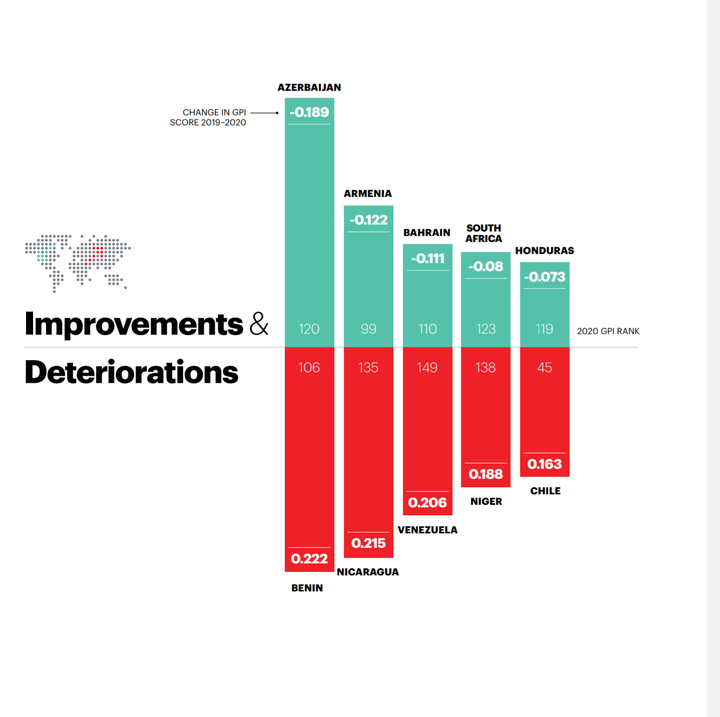 4. Central America and the Caribbean

Thanks for your time

Content created and supplied by: Gustablo (via Opera News )