If Cabinet Suspended for COVID-19 Infections, why not Close Down Schools for same Reasons? -Dr Apaak

“Now that we know the pandemic is present on our campuses, why are we keeping the students there? If Cabinet can be suspended two weeks in a roll because there is a suspicion that the virus is present among higher government officials which we know.

“We know about the Minister for Education, the Minister for Health, the Minister for Regional Re-organization, we are even told that the President himself is in self-isolation for fourteen days. Why are we saying that the children should be in school when their colleagues have tested positive? Don’t they also deserve the same attention that high Government officials are getting?” a Member on the Education Committee of Parliament, Dr. Clement Apaak, quizzed. 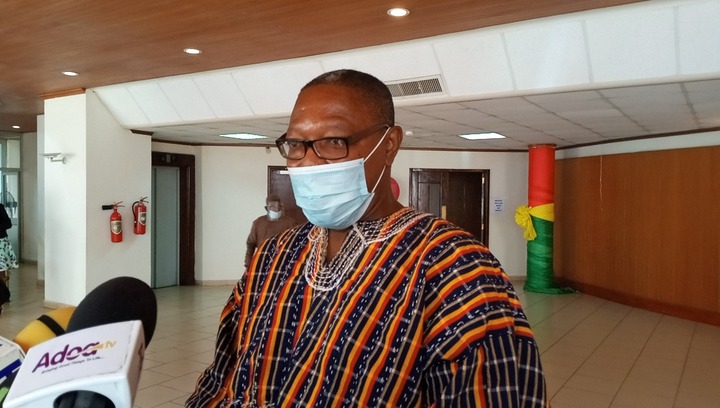 The concerned MP for Builsa South, posed these questions in an interview with the media in Parliament on Wednesday, July 08, 2020, following agitations by parents and concerned citizens for their wards to be returned to them after news broke that there were confirmed positive cases of the Novel Coronavirus on campuses two weeks after schools reopened to prepare final year students for exams.

Government took the decision a few weeks ago to allow final year students to go back to school to prepare for examination despite the COVID-19 pandemic. However, the Member of Parliament has called on Government to immediately close down the schools and postpone the exams until next year in the wake of confirmed cases of COVID-19 at the Accra Girls Senior High School and the KNUST Senior High School.

“And that is why parents are demanding their wards because they feel that the state has failed to protect them and they have every reason to demand their wards. So exams well and good but the exams can be postponed. Other West African countries have postponed the writing of exams. And other countries across the world have done the same.

“What is the insistence that Ghanaian final year students in Junior High School and Senior High School must write exams under such terrifying conditions? The schools as parents have called for, as the teacher unions have called for, should be closed. Because the conditions present now, do not augur well for effective teaching and learning, let alone the writing of exams,” Dr. Apaak said.

According to him, whatever cost or any inconveniences which may arise as the result of the close down of the schools, would not be compared to the lives that may be lost if the situation gets out of hand in the schools.

The Education Committee Member urged government to learn from other countries such as France, Israel and Germany which reopened schools and as a result of infections in those schools, had to close them down. Also, an African country like Kenya has postponed elections until the year 2021.