By Dadamishael (self media writer) | 1 year ago

The Special Monitoring and Evacuation Officer Nana Yaw Boadu in the fight against illegal mining activities is in the news for demanding huge sums of money between GH¢50,000 TO GH¢70,000 from individuals who have reported incidents of their lost excavators to help them recover these excavators.

Nana Yaw Boadu works together with the Inter-Ministerial Committee on Illegal Mining to fight the illegal mining acitvities popularly known as "Galamsay". 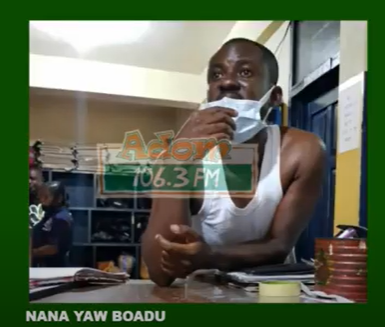 Some of these victims have paid the said amounts to Nana Yaw Boadu but has since not had their excavators returned to them. Upon getting tip offs from undisclosed sources that the excavators are being used to work in various parts of the country, they reported the matter to the Asokwa Police in the Ashante Region..

News coming in indicates that Nana Yaw Boadu has been invited by the Asokwa Police in the Ashanti Region of Ghana for questioning with regards to the said missing excavators and the reported case of extortion from these individuals.

Supt. Owusu Mpianim, the Asokwa District Police Commander confirmed on Adom Fm that they have Nana Yaw Boadu in their custody and investigations are currently ongoing.

Speaking to Mr. Francis Abu, the head of the Inter-Ministerial Committee on Illegal Mining, he confirmed prosecution is ongoing currently in regards to individuals arrested over illegal mining but has since slowed down as a result of the corona virus pandemic.

Content created and supplied by: Dadamishael (via Opera News )