By AfricaWish (self media writer) | 1 year ago 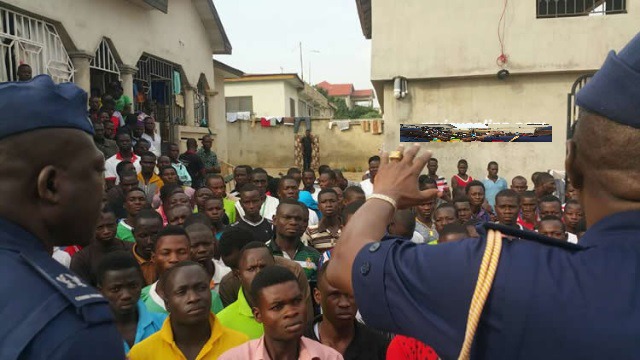 The Ejisu District Commander of the Ghana Police Service, Chief Superintendent, on Friday ordered the arrest of Seventeen people in connection with an online network company named QNet.

Police have since received QNET registration details used by the suspects but the company insists, Officials of the company say the suspects have been blocked from their system and notices issued to victims, pending the outcome of police investigations.

The suspected fraudulent act has left some West African nationals who were lured into Ghana supposedly to work in mining companies stranded.

It has also denied that some six persons arrested in Kumasi over the alleged employment scam, are linked to the company.

Police arrested the six persons last week after 30 West African nationals accused them of using mining jobs to bait them into networking marketing.

The complainants made up of nationals of The Gambia, Sierra Leone, among others, claimed they paid 700 dollars each which is GHC4,035 to the alleged scammers.

Efforts to retrieve the monies paid to the supposed agents of QNet, have been unsuccessful, leaving the to live on benevolence of people for survival.

Some of the victims who were seen with students mattress loaded in a Kia Rhino Confirmed the arrest and demanded their capital before leaving the premises.

Content created and supplied by: AfricaWish (via Opera News )