Before killing me, the killers decided that I should dig my own grave - Pastor tells how God saved him

Before executing me,the executioners concluded that I should cause my own downfall Pastor tell how God spare him

Prior to slaughtering me, the executioners concluded that I should cause my own downfall.

This is a piece of a progression of ground-breaking accounts of absolution from overcomers of the Rwandan slaughter that occurred in 1994. If you don't mind note that these are genuine encounters. 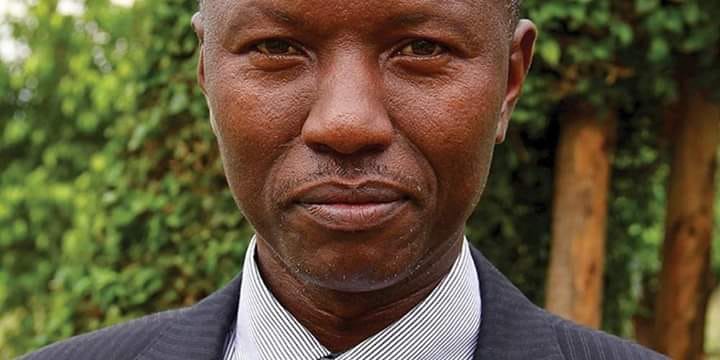 Prior to executing me, the executioners concluded that I should cause my own downfall. As I was burrowing, I was likewise supplicating. "Master, I trust you can convey me. You can shield me from being executed by these individuals. I've lectured about Daniel in the lion's lair, and about how you conveyed Shadrach, Meshach, and Abednego from the red hot heater. It is safe to say that you are as yet a similar God? You can give me now. It would be ideal if you give me that confidence."

During the roughly 100-day annihilation from April 7 to mid-July, 1994, around 1 million individuals were killed, including my whole family. Be that as it may, despite the fact that I encountered demise various occasions, the Lord consistently decided to save my life.

I was trusting that God would give me wings to take off, or that He would send fire from paradise. Be that as it may, God replied in an entirely different route from what I could have envisioned.

As I was burrowing the grave, one of the executioners got my Bible and was taking a gander at it. Seeing the numerous markings in it he asked, "What do every one of these hues mean?"

"Those are my preferred stanzas," I said.

Intrigued, the man began perusing the many featured stanzas. "Are you certain you've perused these?" he asked suspiciously.

"Indeed," I reacted. I could see that the man had some pity for me.

Going to his kindred executioners he stated, "Companions, I realize we're going to slaughter this man, yet please let me help him burrow!"

The pioneer gestured and the man hopped into the gap with me and began burrowing. "Ruler, I implored, "this grave will be done rapidly now. What are You going to do?"

God had an arrangement, however some of the time we need to attempt to compel God to answer our petitions in the manner that we believe is ideal, as opposed to simply confiding in Him.

Incredibly, when we were done burrowing, the grave burrowing executioner said to his associates, "For what reason would it be advisable for us to utilize the grave for this man we don't have the foggiest idea? Release him and burrow another grave close to the interstate. This is our field; for what reason would it be a good idea for us to cover him here?"

The gathering concurred, and chose to utilize the grave for another man they had quite recently executed. At that point incidentally, one of the executioners stated, "Before we cover that man, for what reason don't we appeal to God for him."

I looked as the gathering accumulated around the body of the individual they had quite recently slaughtered before coming after me. "Mary, mother of Jesus, get him," they said before folding the body into the grave that had been intended for me.

Out of nowhere my whole viewpoint changed. "Ruler!" I panted, "Don't permit me to be isolated from these individuals before I disclose to them what Your identity is! These are individuals who have never found out about You. They want to appeal to God for somebody they have executed. Also, we are mostly dependable. We never came and showed them reality with regards to You."

Directly after they covered that man, we drew nearer to the interstate. I was going to begin burrowing another grave when the man who had my Bible inquired as to whether he could keep it. I stated, "yes," yet different executioners let him know "No! It's our own—you'll need to pay for it!"

I could see that the Holy Spirit had just contacted this present man's heart, so I beseeched him, "It would be ideal if you would i be able to have that Bible and state something before I burrow another grave?"

The man was energized and stated, "Proceed!" however another yelled, "No! He's our adversary. He has nothing to let us know."

At that point the contending turned out to be sharp, with a portion of the gathering demanding that I ought to be allowed the chance to talk, while others demanded that I had nothing to state. Exactly when it gave the idea that the executioners were going to battle one another, one who seemed more seasoned than the others asked, "For what reason would you say you are going to battle about somebody you don't have a clue? The individuals who need to tune in, sit and tune in; others, sit and shut your ears. At the point when he's set, we'll slaughter him."

So they all plunked down and I began to lecture.

To start with, I expressed gratitude toward them. "Much obliged to you for appealing to God for someone that you have murdered. Be that as it may, you have to comprehend what the Bible says about death—the main possibility you must be spared is during your lifetime—not after you are dead. 'For the living realize that they will kick the bucket,' I cited from Eccl. 9:5, 'however the dead ignoramus.' I'm not going to argue for you to release me, I proceeded, in light of the fact that I realize that regardless of whether you kill me a period is coming when I will be restored.

"Among the individuals you are executing are another clan—they are not Hutu or Tutsis. They are God's youngsters. You feel that you're battling an ancestral war, yet you're mixed up. This is a war among Christ and Satan. You feel that the individuals you're executing are Tutsis, however they have a place with an entirely unexpected clan since they have given their hearts to Jesus and they are His kids."

At that point I read 1 Peter 2:9-10 to them: "However you are a picked age, an illustrious ministry, a sacred country, His own exceptional individuals, that you may broadcast the gestures of recognition of Him who got you out of haziness into His radiant light; who used to be not a people but rather are presently the individuals of God, who showed not acquired leniency yet now show got benevolence."

As I lectured, I could see a portion of the executioners were crying, and I realized that the Holy Spirit was taking a shot at their souls. Subsequent to lecturing for 15 to 20 minutes I told the gathering, "Presently I'm going to state a last supplication, and after that I will burrow another grave."

When I got done with imploring, somebody yelled, "In the event that anybody slaughters this individual, his blood arrive!"

"No, we can't slaughter him!" the others said. "Release him! We can't murder him."

At that point the pioneer shouted out. "I was the person who recommended that we slaughter this man in an exceptionally terrible manner. Be that as it may, presently, we're not going to execute him."

I realized it was distinctly by God's elegance that my life was saved. Who am I? I didn't have any force. God was simply kind.

Content created and supplied by: News27 (via Opera News )