Bus driver shot at early dawn on Accra-Kumasi road is said to be in critical state with passengers.

By PamelaAsare (self media writer) | 1 year ago

News came in this morning with indication that, a driver believed to be driving on the Accra-Kumasi road at dawn was attacked by a number of armed robbers and was shot on the chest by a straight bullet at the said dawn. This incident happened close to the high ways where Linda Dor was situated. 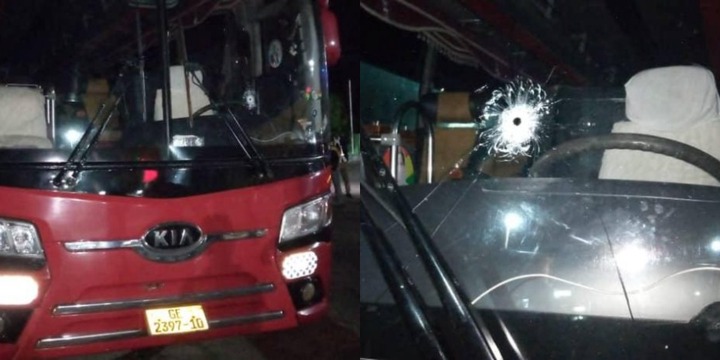 The attack was believed to have occurred at about 01:36 am on Monday, leaving the bus with its passengers with dangerous wounds, which were inflicted on them by the armed robbers who attacked the bus on the high way.

As the KIA bus set off from the Accra transport station, it was recorded that, the bus registration number was GE 2397-10 and had its inscription being 'Yesu Dea' which was heading from Accra to Kumasi and got into the attack on the high way near Linda Dor.

On the incident, people who saw what happened narrated that, the armed robbers were in the bushes along the road sides waiting for an attack, so when they saw the KIA bus with its passengers approaching, they quickly rushed to the middle of the street as the bus was approaching and fired a shot at the windscreen.

Immediately after shooting a straight bullet on the driver, they quickly rushed into the bus, scaring all the passengers on board. All the passengers on board were reported to have been robbed of their personal belongings and various amounts of monies on them. Indication also revealed that, some of the women were tortured by these armed robbers as well as some of the men being beaten.

After wards, the highway patrol team was said to have arrived at the incidence to put the situation under control. This situation was very horrible as some of the passengers narrated.

At the moment, these armed robber are no where to be traced. The police were not able to make any arrest as the armed robbers bolted before the patrol team arrived on the scene.

Right now, the driver is said to be in a very critical state because he was shot on the chest and survival is fifty per cent (50%) chance. Some of the passengers are also said to be in critical state as after the driver was shot in the car, the bus was said to have veered from its rout and couldn't land. However, it run into a ditch and with fear, many occupants in the car got injured. 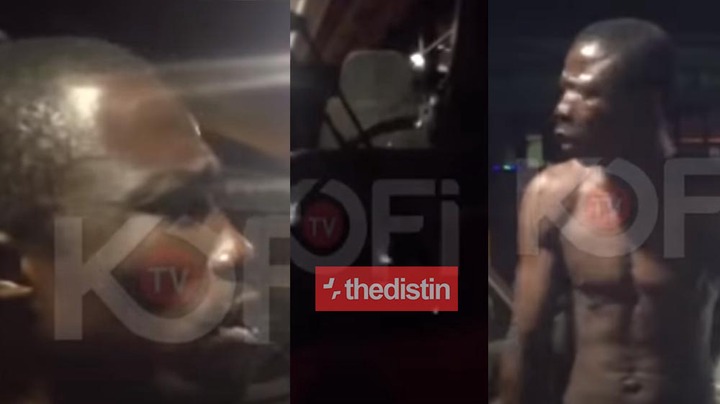 It seems there are reported cases of robbery attacks everyday. And these armed robbers who are involved in these attacks are mostly the youth. Ghanaians are getting worried each-day as many are even scared to travel.

Can the the current administration in the office of the president do something about the current situation?

Read comments from the public after the incident had occurred on social media, specifically on face-book this morning; 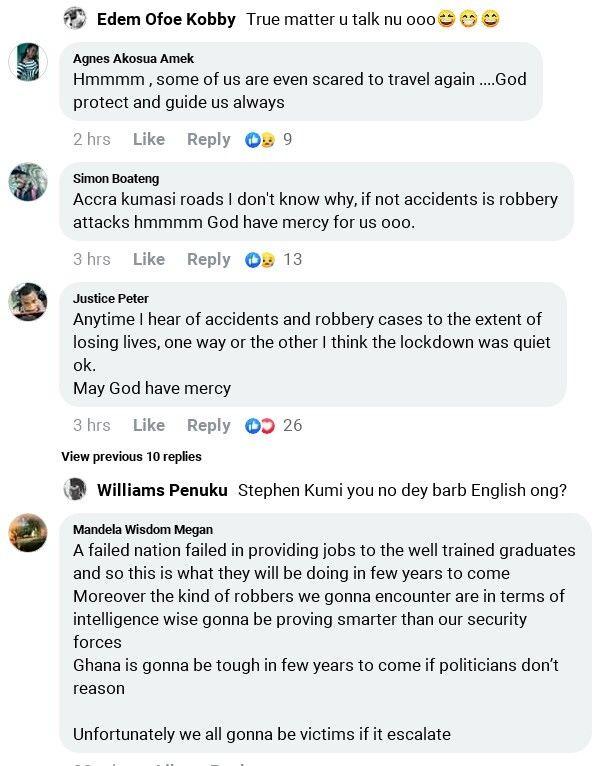 Stay tune with me by adding your voice in the comment section to alert the government on what to really do to reduce the armed robbery occurrence in Ghana now.

Another Useless Group; Massive Reactions From Ghanaians After GPRTU Suspended The Strike

If You Plan To Look Glamorous During This Busy Month, See Timely Outfit Impressions For Your Glamour

If teachers will do what Drivers have done, it will make a headway in the country - Teacher reveals