Man Who Killed His Girlfriend And Two Other Women Over Lack Of Breakfast Has Been Arrested.

Several mixed reactions have followed the heartbreaking story of a young man who wickedly murdered his young girlfriend and his girlfriend's mother and sister over what can rightly be termed a flimsy reason.

The young African American man named Mathews who hails from Chicago has been arrested after he had his girlfriend and three other persons murdered in cold blood just because his girlfriend did not cook him breakfast. 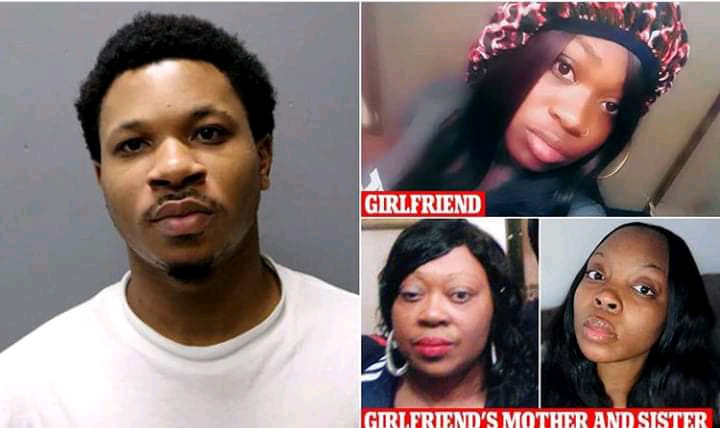 Mathews and his girlfriend Harris had been dating for over two years before tragedy struck sometime in June after Mathews asked for his breakfast and was told there was no food as his girlfriend could not cook.

Mathews went into a rage and started beating his girlfriend, who called her mother and sister to help her. On their arrival, Mathews who was still in a rage took a gun from his waistband and shot his girlfriend's mother severally before shooting his girlfriend in the chest and later chased Harris' sister down the street and shot her in the head. 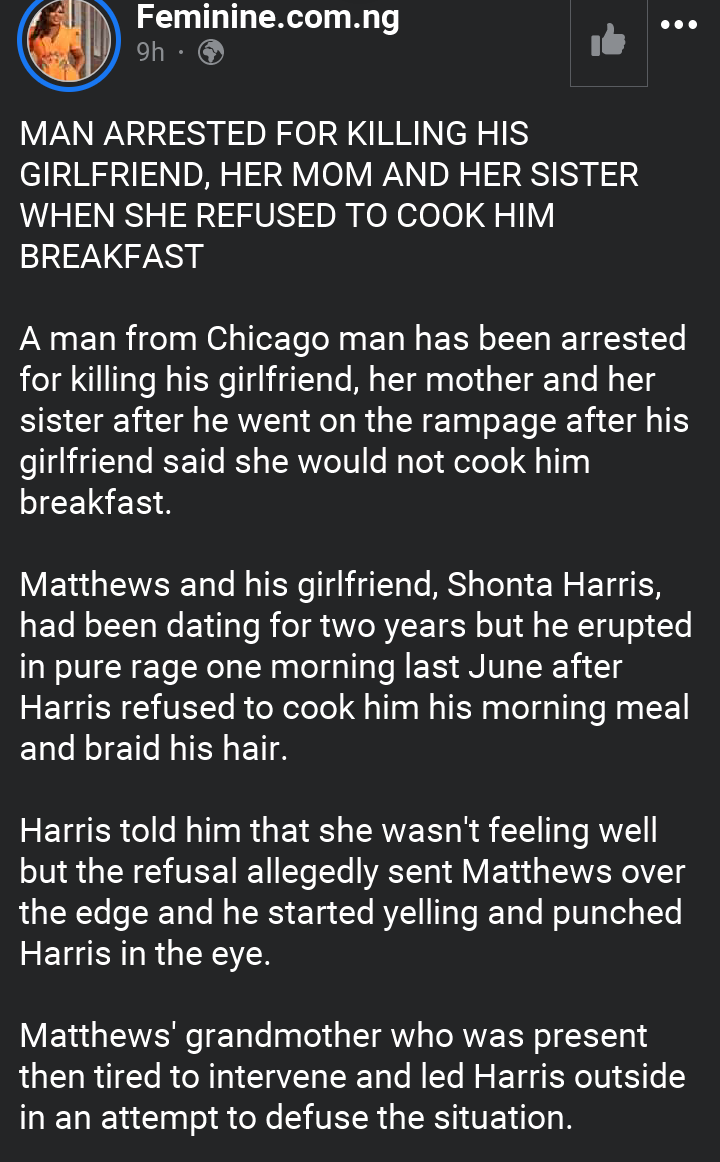 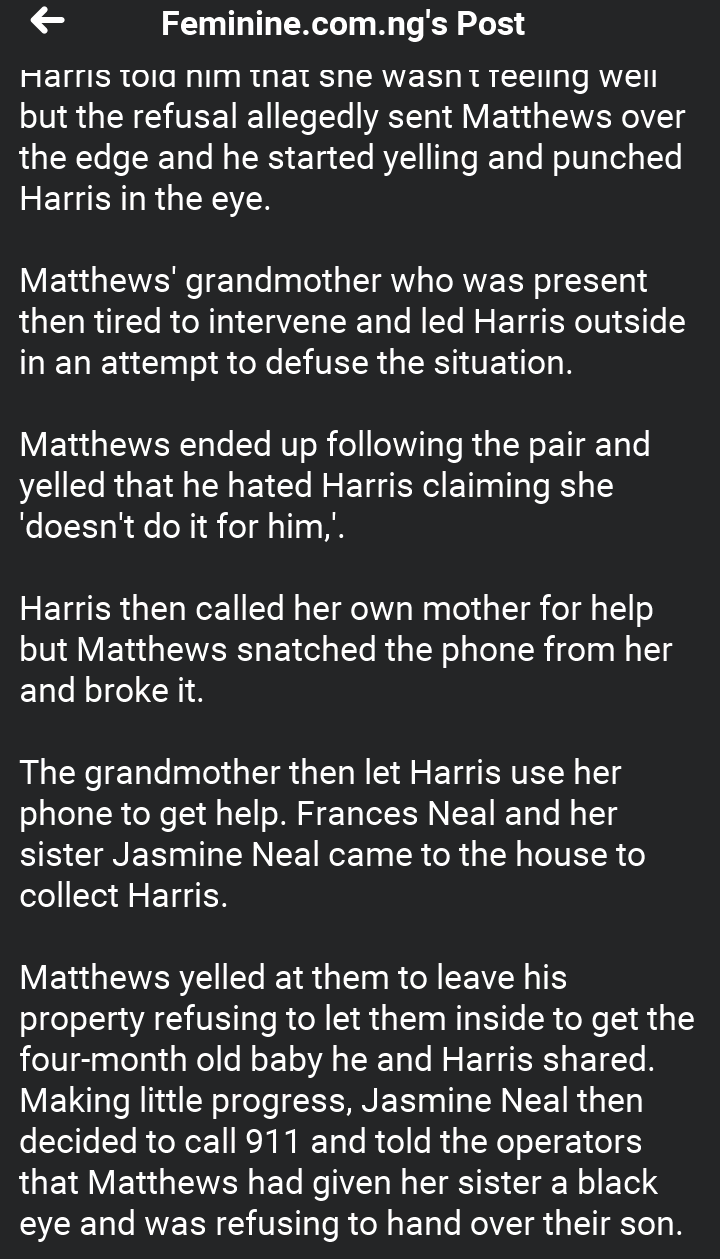 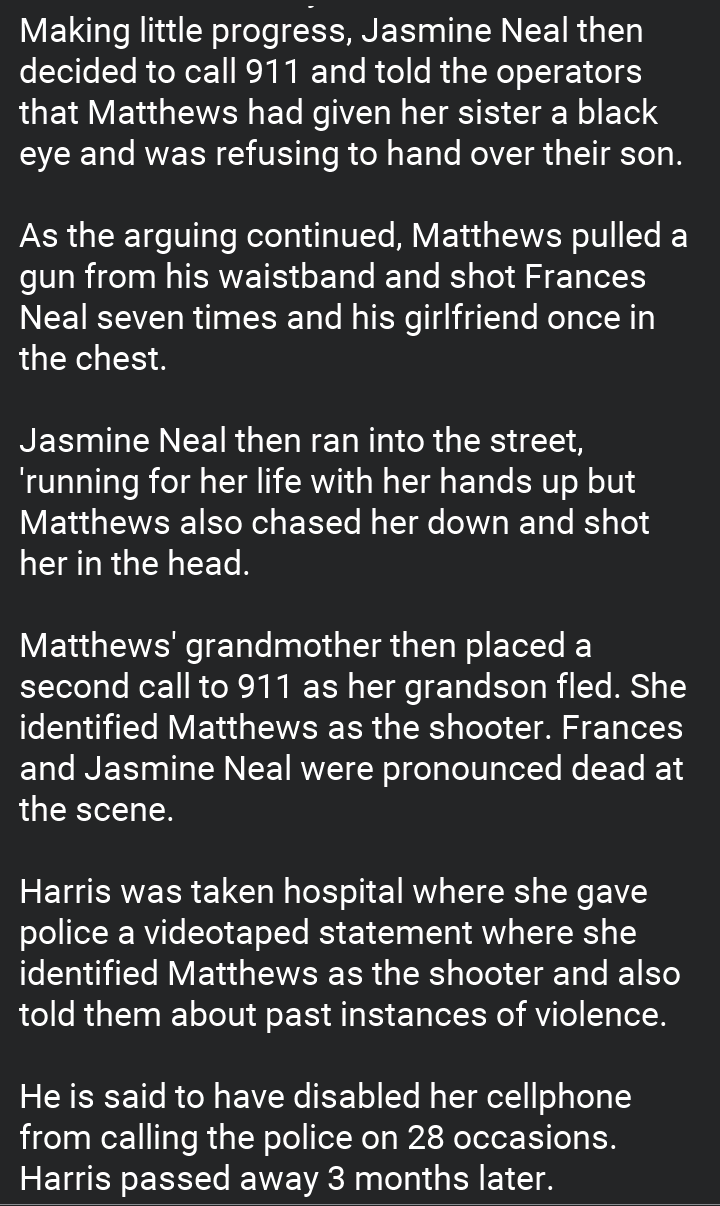 His arrest followed series of investigation and a video taped identification from Harris. After Harris identified him as their shooter while she was in the hospital before giving up the ghost.

Content created and supplied by: Blog69 (via Opera News )