I was only playing with her with the cutlass;man tells his story on why he cut his girlfriend hand

By KubiFrancis (self media writer) | 1 year ago

Pictures used are for illustration purpose only 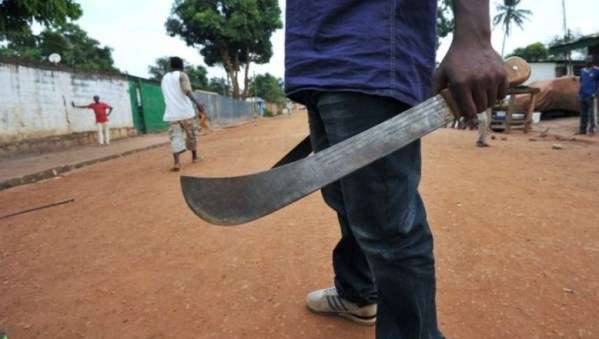 A man believe to be in his forty's has found himself a fresh trouble after cutting his girlfriend's hand with a cuttlass after a misunderstanding ensued between the two lovers.

For some reasons,the name of the village where the incident happened will not be disclosed for now.

This afternoon,a lady in her thirty's brought her case to Oyerepa afutuo,a radio program that talks about life issues and help find solution to their problems.

According to the lady,she went to stay with her boyfriend for a month as a way of showing the boyfriend that she loves him.

But she later realised that the guy is a womanizer which she confronted the guy on the issue,according to the woman,the man denied the allegations on several occasions even though the allegations were true.

"One evening whilst I was with him,when he wanted to go out to meet one of his girlfriends which I tried prevented him but he pulled a cuttlass and slit my palm."

"I was only playing with her it is just unfortunate that she got cut in the play.

If I pulled the cuttlass purposely for her,I would butchered her to death"

Why would you play with a cuttlass when arguing with someone?

Content created and supplied by: KubiFrancis (via Opera News )