By Rasgambo1 (self media writer) | 1 year ago

Another Witch doctor has been sighted subjecting young women to a torture in a town called Widana near the Ghana-Togo border in the Upper East region.

The boy who is said be an apprentice under his father is seen in a company of several accomplices dehumanizing alleged witches in an enclosed compound. 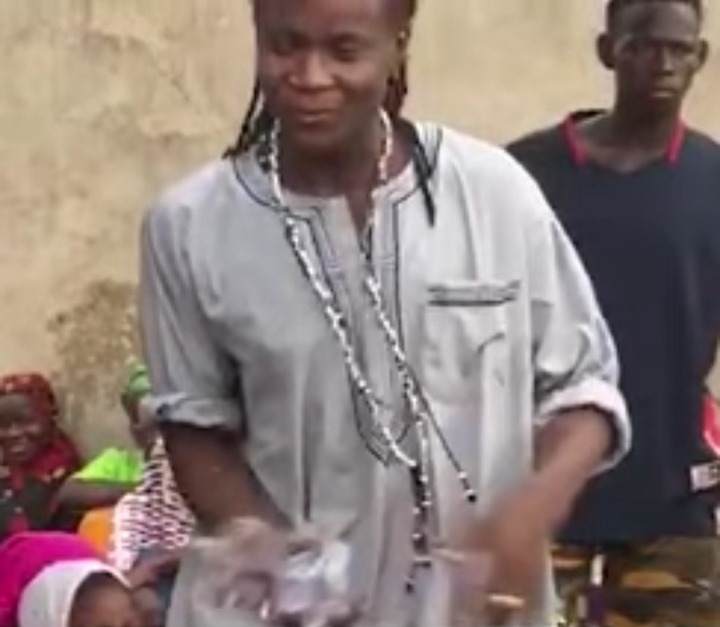 This alleged senior High school (SHS) drop out uses sachets water as his talisman and tool of exorcism in his activities. The father and son run a supposed witches' exorcism centre where witches caught by them are brought for deliverance.

The actions which was captured in a video tape went viral on social media and has caused furious reactions from Ghanaians. The story has it that, when an alleged witch refuses to confess, she is whipped and beaten till she does so. Not long ago, a similar barbarism was seen in the Savana region in which a 90-year-old women was virtually lynched by a group of women who alleged that the woman, Akua Denteh is a witch. She was gruesomely murdered in a full glare of the community in broad daylight.

The cry of many voices of conscience has pushed for the arrest of the killers of Akua Denteh. The police has begun a full scale investigation.

Even before we could have a grip of ourselves on the murder of the old lady, this same heinous crime against women, which is said to be wide spread in the northern part of Ghana emerges.

The young looking dread locked boy by name Rufai, in the village of Widana has now become the next subject in the crusade to end this inhuman treatment of alleged witches. The police and the gender ministry must move in to curtail these acts of violence against women in the northern part of the country.

Tragic: Police Officer Meets His Untimely Death After Being Shot In The Chest By Fulani Herdman

Akufo-Addo Assures- Bogoso Explosion: Gov’t Will Do Everything To Restore Normalcy To Apiate.