Police beats a man mercilessly for dating his daughter

By NewZMall.gh (self media writer) | 1 year ago

A terrible incident has happened in the Awutu Senya East Municipality at Kasoa in the Central Region.

A policeman who is supposed to be the protector of citizens in the country has taken the law into his own hands by beating up a young man at the age of 24 without mercy for allegedly dating his daughter.

Sergeant Micheal Dzuvenu of the Kasoa District Police Command is reported to be the policeman who has severely beaten this young man for suspected dating of her daughter.

Denis Arthur has said that the policeman's daughter came for MP 3 player but when she was returning it her father (Sergeant Micheal Dzuvenu) followed her daughter and attacked him (Denis Arthur, the victim).

But which father is in this world that will believe that a guy has nothing to do with his daughter when she goes to his house at 11PM just to return an MP 3 player?

This is unbelievable! It's will be very hard for a father to be positive minded in a situation like this because 11PM is too late for the girl to be go to Denis' house.

The policeman in my own opinion would have not beaten the young man, at least he could have warned him since a police stands for peace and not for violence. 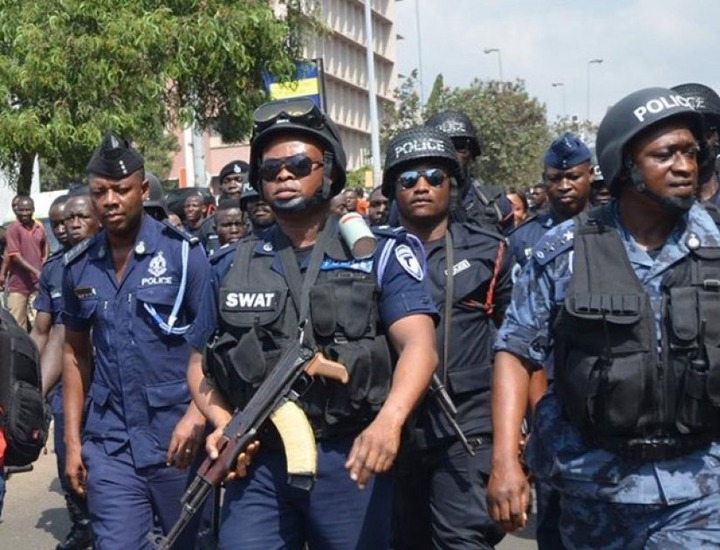 Denis the victim who is also a barber is said to suffer a severe pain on his left eye, and he's currently receiving treatment at the hospital. 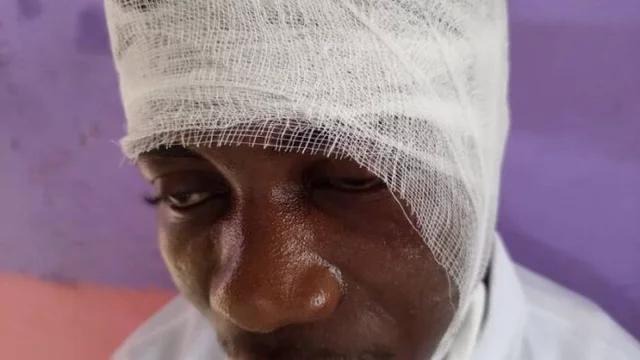 The police officer has not yet spoken about this incidence since it's occurrence, assuming the young man died what will be done to this police officer? Would he be sent to jail or just be left to live his life freely?

I think the police officer was impatient with his actions. We are looking forward to see what the Kasoa District Police Command will do about this issue since no one is above the law.

Content created and supplied by: NewZMall.gh (via Opera News )