A twenty seven year old graduate of Kwame Nkrumah University of Science and Technology, Kumasi, Ashanti Region has resulted to suicide when his girlfriend of five years left him for a banker in the area.

Eye witness Stephen Aye said, his friend Ebenezer Nyantakye always talked about love but he never knew he was bold enough to take his own life over a girl.

Ebenezer Nyantakye, a 2016 graduate from Kwame Nkrumah University of Science and Technology KNUST, Kumasi, met Eva Ofori in 2015 at Ejisu Government Hospital. Eva at the time was doing a nursing clinicals as she was a student at Dunkwa on Offinso Nursing Training School. Ebenezer became the breadwinner for Eva. He did everything he needed to do for Eva as Eva told him she was an orphan and struggle to get needs. Expensive school fees, books and pocket money were few Ebenezer did for Eva. 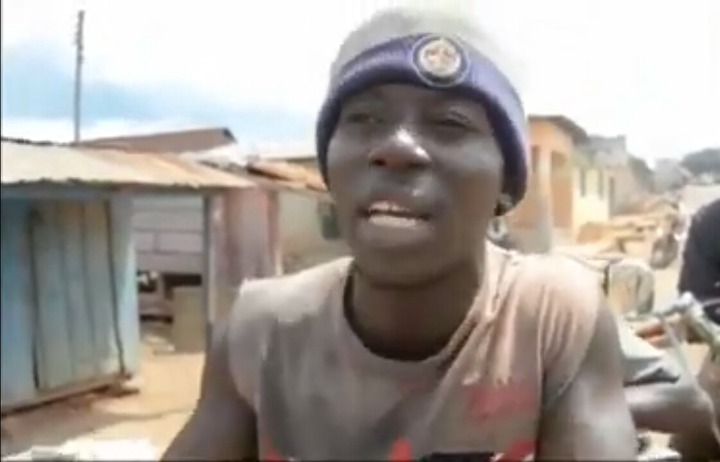 The two dated and became more than lovers from 2015 right through to January 2020 when Eva told Ebenezer she was going to see a family relative. Not knowing she was going to get married to a banker of Barclays Bank now Abssa Bank.

Eva was secretly making marriage arrangement with one Charles Frimpong who is the banker. According to sources, after Eva graduated from nursing training, she kept troubling Ebenezer to wed her but the unemployed graduate wasn't working so he told Eva to give him time to get work before making arrangements for marriage. It seems Eva couldn't wait for the young lad to get a job so she found an alternative and she ended up getting married on January 30th 2020.

Eva still told Ebenezer after her marriage ceremony that she was going to stay for long at her aunty's house, but it was a lie. She was on her honey moon during that time.

She kept smoking lies to Ebenezer until last week Sunday when she phoned Ebenezer to tell him to get married to another woman because she is happily living with her husband. She went ahead adding fuel to the matter by sending marriage photos through WhatsApp to Ebenezer.

Ebenezer who knew nothing about the Kenyan proverb "A man who cries about a woman doesn't know where they sell beer -Kenyan proverb" took to lonely life and couldn't take it longer yesterday when he barricaded himself into his room and used sponge to hung himself to the crossbar in his room.

Family members were surprised as to how Ebeneezer the only son and child of the late Mr. Ebenezer Amo and Madam Eno Akua could cause such pain to his mother.

Madam Eno Akua could not give any account when we called him. Bomfa police has taken over the situation pending an investigation. Family members is said to do an immediate burial as soon as the police release the body.