By Ibrahimessien (self media writer) | 1 year ago As revealed by police report, the young billionaire Sukhedeo was shot many times in an attack on Caroni Savannah Road, Charlieville, shortly before 9 p.m. on Monday, March 26. He was rushed to the hospital, where he died, unfortunately.

Shukedeo who was married with two children, made his fortune in the automobile and real estate industries investments. He leaves behind an inconsolable wife and a very big and world class empire worth millions of dollars. On the day of his burial, the mortal remains of the late billionaire arrived in a luxurious white hearse. His wife followed by his two children could not hold back their tears as the sadness had taken hold of them. 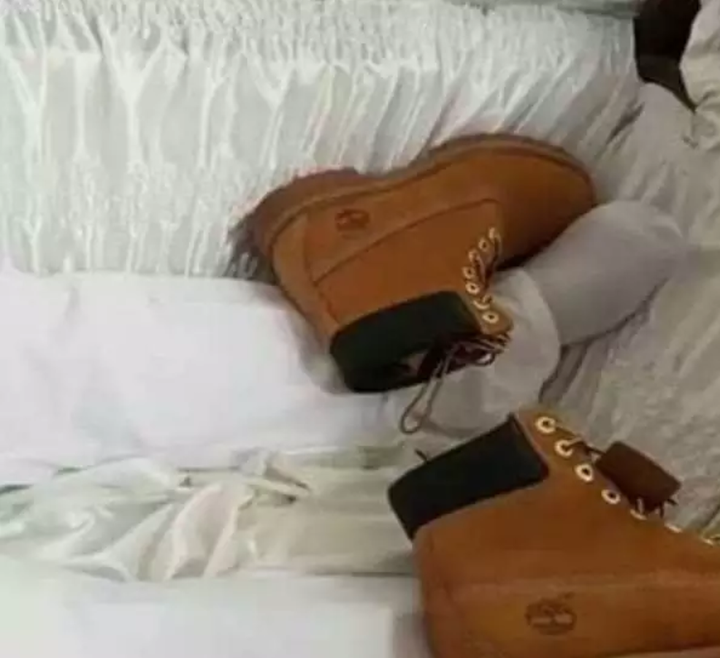 Meanwhile, with the coffin widely open, the body covered in white with its popular and expensive gold jewelry valued at around US $2 million could be seen on his fingers, even on his hands and neck. On the coffin, one could read clearly"Sheron's Auto" and "World Boss" in the coffin. An expensive TIMBERLAND customized shoes was also inside the coffin just next to his feet.

After his death some of his family came calling and they threatened the wife that they want to take over some of the properties he left behind. The wife was shocked and couldn't believe her ears, she argues that some of the riches were acquired with investments coming from both of them as a couple and not only by his husband alone.

This caused alot of concern among friends and we'll wishes who believes that what the family has planned after the demise of the deceased is unfair and wicked. If not for the fact that some of his wealth like jewelries had been buried with him, the family would have tried to claim everything and leave his wife and two children stranded.

For this reason it has come to a point where people now goes to their grave with their valuables or been donated to the charity because of the way these so called families treat the wives and children of the deceased after their demise.

What's your opinion on this? please let us hear from you, please no insult, let's learn together and who knows it might be a life saving article for some people. please don't forget to like and share with others too

Content created and supplied by: Ibrahimessien (via Opera News )

Did You Know That All Of Ghana's Presidents In History Came From Five(5) Churches?

Apiatse: Lady Drinks Chilled Beer After Efforts To Search For Her Gold Failed