By Lilfame (self media writer) | 1 year ago 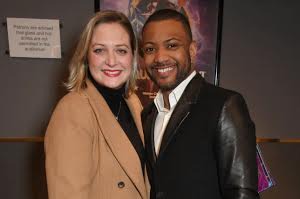 JLS Star JB Gill has been said to be safe and secure after a group of thugs broke into the family home and threatened his wife with a knife.

The singer was at the farmhouse with his wife Chloe and his 2 children when they were attacked by the robbers around the time 3 am.

According to the The Sun, the robbers sprayed an unknown substance into the face of Gill and confronted his wife Chloe with a knife. A spokesman for the singer said "Gill and his wife had had wanted to keep the the incident a secret in order to protect their young family. They are all well and safe and have increased their security at home".

JB updated his fans and followers with a message of his own and posted on his Instagram story "we just want to say a huge thanks to everyone who has reached out to us. Honestly, it's been overwhelming the love that we've received we give thanks to God that we are all well and safe".

He also added that, "we would appreciate privacy at this time". The robbers reportedly stole valuables and expensive things after leaving the house. A police investigation is ongoing. It was said by a trusted source that " it was a scary incident. JB wanted to protect his wife and their children but the best way to do that was to copy with the roobbers". "Police and medics rushed to the house and sent JB to the hospital luckily he was not seriously injured and was able to leave later that day".

Content created and supplied by: Lilfame (via Opera News )