Disputes among Chiefs and citizens of Gomoa Fetteh; Many Injured

A tragic incident occured yesterday at Gomoa Fetteh inflicting injuries to many people. The chief of the traditional area, Nana Abore Amoah is deceased and was inherited by Nana Abore Attah.

The decision to enstool Nana Abore Attah was not in the favour of some sect of chiefs and people in the community. They therefore decided to enstool another chief in the traditional area, whereas a chief had already been enstooled.

The chief whom they were going to enstool today, was hid inside a Motel called American Guest House. The town folks and chiefs realizing the situation at hand, went into the motel room and started a fight. They destroyed everything in the room; including TV and other electricals.

The sect of people that were about to enstool a new chief had invited a Soldier band into the town. Although the band was there to play, another reason for their being there was to make the town folks afraid to start a fight, since they knew what they were about doing had the potency of starting a fight. 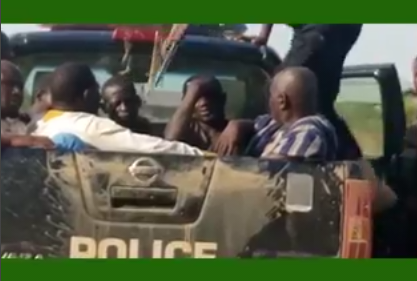 The fight between the Chiefs and town folks has incurred injuries to many and the injured one have been taken to the Kasoa Polyclinic, handcuffed. Others have been arrested and in custody at the Millennium City Divisional Police Command. 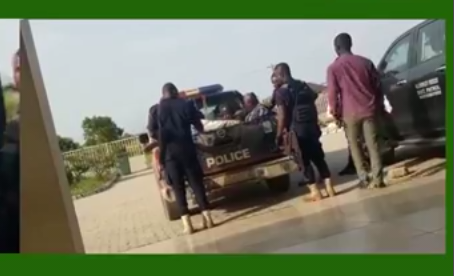 It was reported that if not for the intervention of some chiefs, the town folks would have involved the Soldiers in the fight. However, instruments and Vehicles belonging to the Soldiers band are also in Police custody.