Wonderful Facts that you never knew existed in the world. (Photos)

By WeDeyListen (self meida writer) | 7 months

Thank you for clicking on this article to read. Please do well to click on the Follow button on the top right corner of the page to see more of our interesting entertainment and lifestyle News and Updates. It is much appreciated. 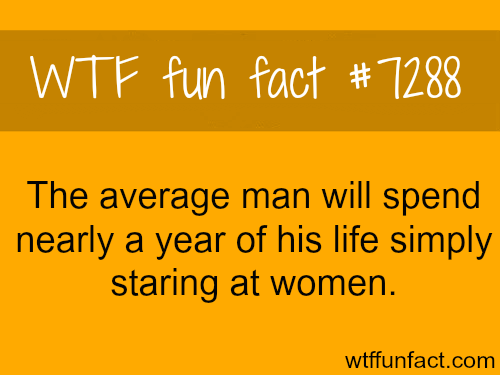 1.     Under the US act of March 2, 1907, all women acquired their husband’s nationality upon marriage, meaning U.S.-born citizen women.

2.     In Quebec, Greece, and France, there are laws which prevent a wife from taking her husband’s last name when getting married. 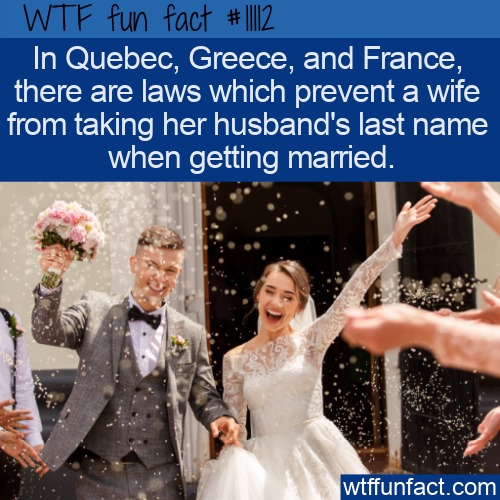 3.     Modern negligence law is a result of the 1932 court case Donoghue v Stevenson in Scotland, where Mrs. Donoghue sued Mr. Stevenson after drinking a bottle of ginger beer with a dead snail in it and becoming ill 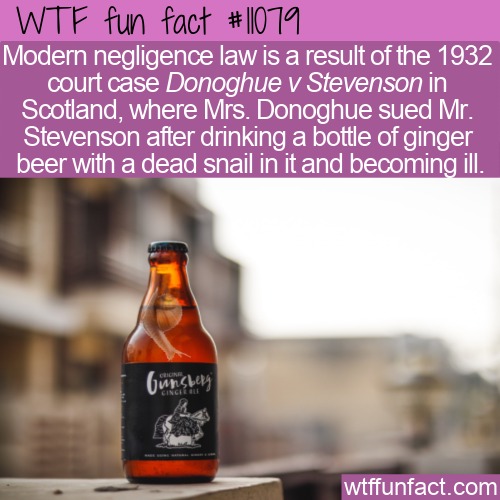 4.     Despite the assassinations of three US Presidents, (Abraham Lincoln, James Garfield, and William McKinley) killing or attempting to harm a President wasn’t a federal crime until 1965, two years after JFK’s death. 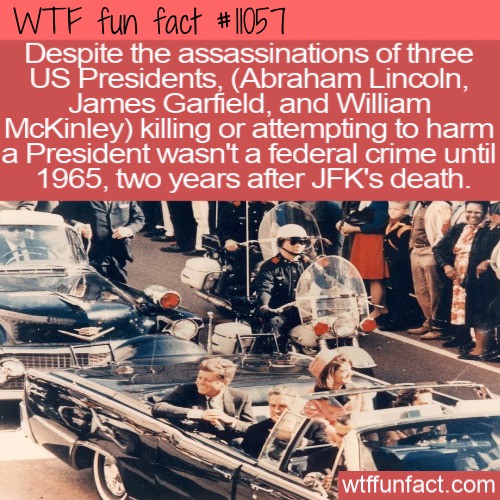 5.     It is a criminal offense in the United Kingdom to purposefully drive through a puddle and splash a pedestrian and carries a fine of up to £5,000. 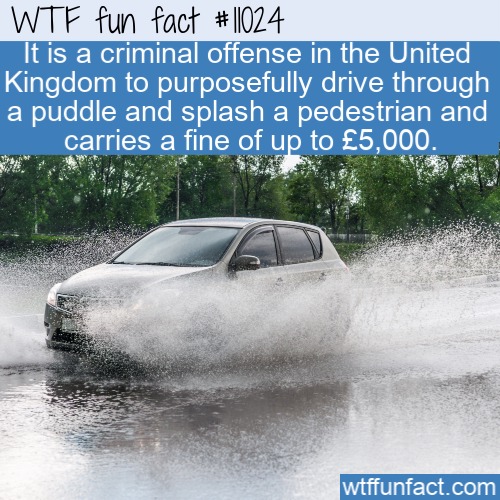 6.     Snooker player Bill Werbeniuk became famous for his drinking ability which doctors advised him to do in order to counteract a familial benign essential tremor. He would drink at least 6 pints before a match and one during each frame. In the 1970’s, he once drank 76 cans during a match in Australia. 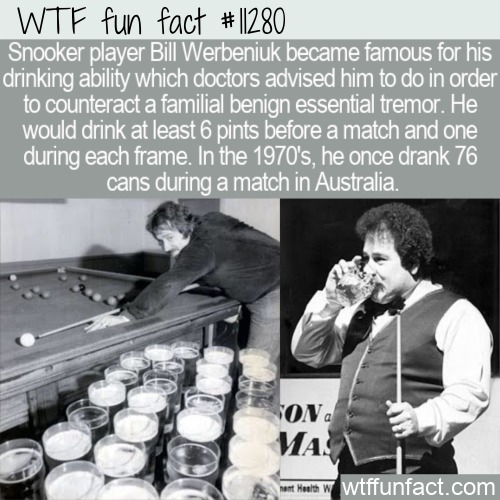 7.     In the Netherlands, sex is seen as a human right. As such, disabled citizens can get government funding for legal prostitutes up to 12 times a year. Reports show this has significantly reduced depression and suicide rates among the disabled. 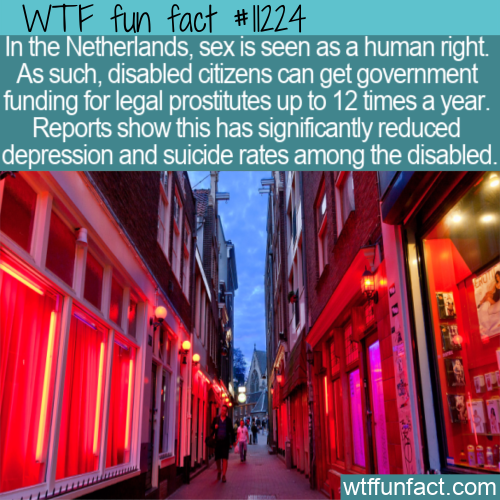 8.     In 1972, Jean Boulet set the current world record for the highest altitude reached by a helicopter at 40,820 ft. On his descent, the engine flamed out and he was forced to land without power, earning him two additional world records. 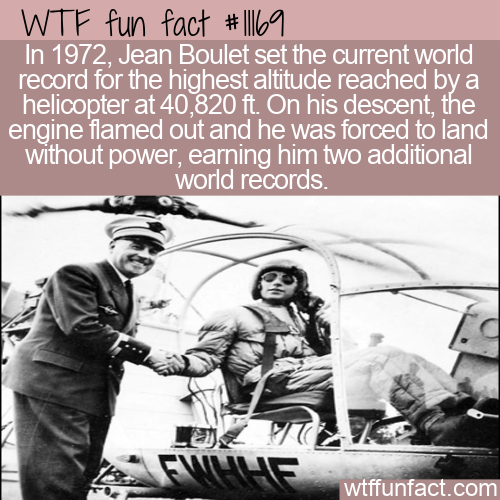 9.     A chicken can be hypnotized by holding its head down and drawing a straight line away from its beak on the ground. It will then wake up immediately if the line in front of it is erased. 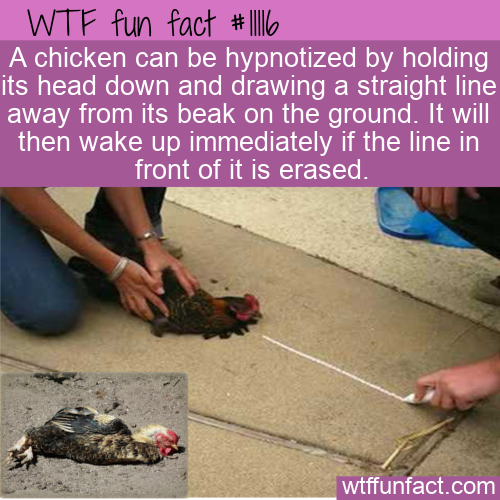 10. 15 year-old art student Demi Barnes designed a wedding dress out of 1500 divorce papers to bring awareness to the issue of people rushing into marriages and ending up divorced.

11. Michael Buffer has made over $400 million from his trademark catchphrase “let’s get ready to rumble!”

12.  A long-haired tortoiseshell cat called ‘Towser’ is credited with killing an estimated 28899 mice in 24 years of work as the pest control expert at the Glenturret whiskey distillery in Scotland. She holds the Guinness World Record for catching mice. 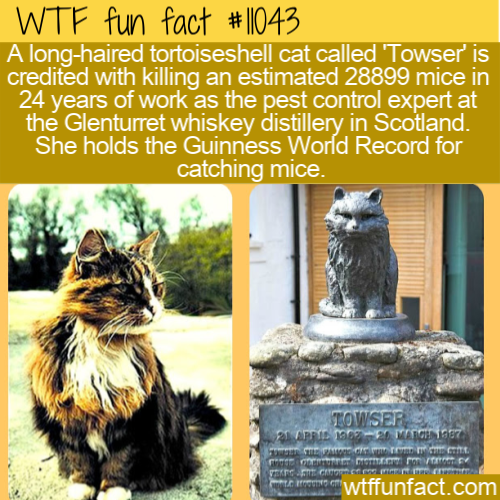 Do not forget to drop Comments and any other interesting facts you know about women in the Comment box below. Also, do not forget to Like and Share this article for others to read too. Thank you.

N. B. All pictures and images used are for illustrative purposes only and no infringement of copyright intended.

Is this Fashion or Madness?; Afia Odo and Sisiter Deborah Thrilled Fans With Hot Photos. [Checkout]