Headmaster Found In The Kitchen Stool Video Is Dead

There have many instances where highly reputable personalities have been caught in very uncultured acts.

Some get involved in very outrageous acts that turnout to jeopardize their personal reputation in a few years to come.

Others also try as much as possible to cover it up to avoid being referred to such acts in the near future.

Many of these people who engage in such barbaric acts regret after sometime, and ask for forgiveness from the public and the Almighty creator.

Leaked “sekz” tapes were something that suddenly became common some months ago, but have currently been reduced due to its harmful effect.

One trendy leaked tape that Ghana got introduced to sometime ago, was the video of the Headmaster of the Adumanu Basic School in the central region, and the high school student of the Odoben senior high school.

The video which had them in an immoral act using a kitchen stool, brought about the “kitchen stool” challenge.

This incident saw a lot of social media followers, posing in different positions on a kitchen stool, as a way of emulating the shameful committed, and teasing the two for what they did. 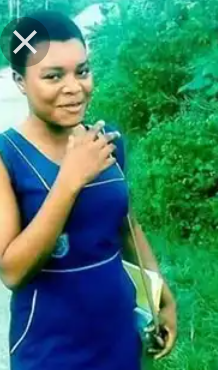 Current update on the two involved in the act is that, the Headmaster who was involved has kicked the bucket today.

At the moment, there hasn't been any clarification on what disease actually led to his death.

Hotent will keep you updated when the true cause of his death is verified.