See what this woman did to her stepson.(watch photos)

By GreatFortune (self media writer) | 1 year ago

This woman drilled nails into the head of her stepchild.

Reports indicates that Akwesi Yeboah, the stepchild of Mrs. Johnson is maltreated. Akwesi Yeboah was born as a result of an unwanted pregnancy of his parents. His mother and father gave birth to him when they were at the age of 17years and 19years respectively. Akwesi’s mother, Priscilla Asante ended the relationship with his father after the father took him from his mother. His father named Bernard Johnson married a different woman as an implication of moving on in life.

On the 24th Sept. 2018, Mr. Johnson was involved in crucial accident when going for a funeral in his hometown. He died in the accident and life became difficult for his new family. It was left with his first born Akwesi Yeboah and pregnant wife.

Mrs. Johnson develop some hatred for her stepchild Akwesi and started maltreating him as such. She sells tom-brown which Akwesi has been the one going out to sell it after closing from school. One day Akwesi went to sell and lost the money and due to that he didn’t return home because she knew his stepmother wouldn’t take it lightly. The following day a friend of Mrs. Johnson came and informed her she saw Akwesi sleeping behind somebody’s container shop. Mrs. Johnson quickly rushed to bring him home started accusing him of spending money and pretending of the money being missing. Now she started beating and drilling nails on his head. She even went to the extent of burning him with an electric iron. A neighbor seeing what was being done to small boy reported the case in a nearby police station. 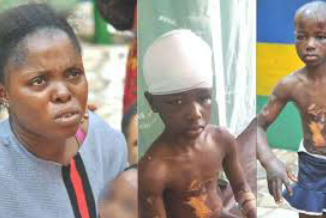 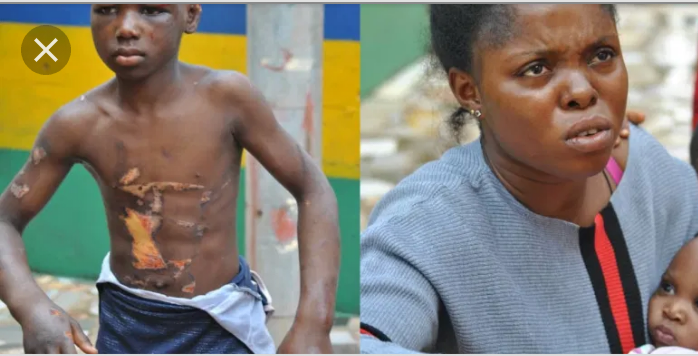 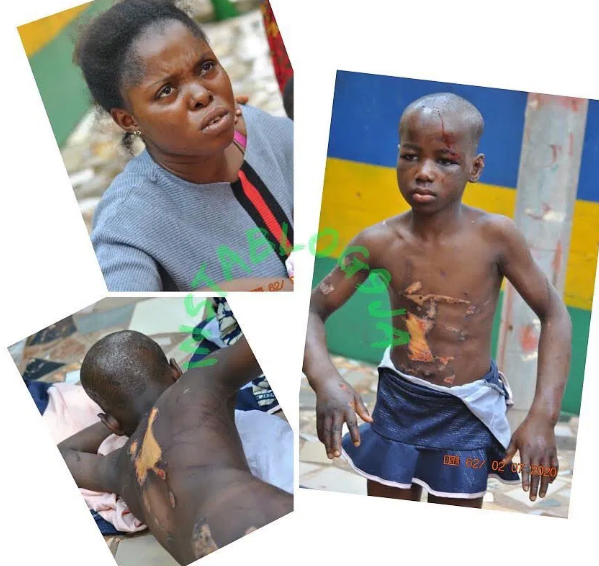 Mrs. Johnson has been arrest and is now in the police custody preparing her to meet the court for her punishment. This advice goes to mothers and especially stepmothers who maltreats people’s children.

Content created and supplied by: GreatFortune (via Opera News )