4 Years After The Death Of J.B Danquah Adu, See What Is Happening At His Graveside [Photos] 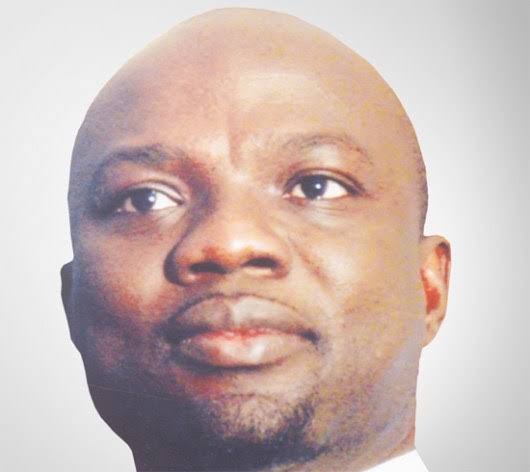 4 Years After The Death Of J.B Danquah Adu, See What Is Happening At His Graveside [Photos].

The death of of the former member of Parliament J.B Danquah Adu is now four years and there has some reports about some things happening at his graveside which attracted the attention of Ghanaians.

It is now 4years after the Ghanaian politician and member of Parliament was killed by some unidentified men, who are yet to be caught ever since the deceased of J.B Danquah Adu.

The sudden death of the former member of Parliament, J.B Danquah Adu was a painful and sad one due to the manner and way he died.

It is a big loss to the nation and also to his family.

On February 9, 2016 the sad news broke out, that the member of Parliament has been murdered by unknown armed men in his apartment at the East Lagon.

Fortunately he has two children already before he was murdered in code blooded.

Some numbers of people have been accused of being behind his death but none of them has been found guilty.

The current Assin central member of Parliament, Honourable Kennedy Agyapong was also accused of hiring some group of people to murder J.B Danquah Adu but still he has not been found guilty.

See What Is Happening At His Graveside;

However, since he died, there has been some things happening at his graveside, which caught peoples attention. According to reports, the first was a man captured, pouring libation on his graveside, asking him to fight and expose those that are behind his death. 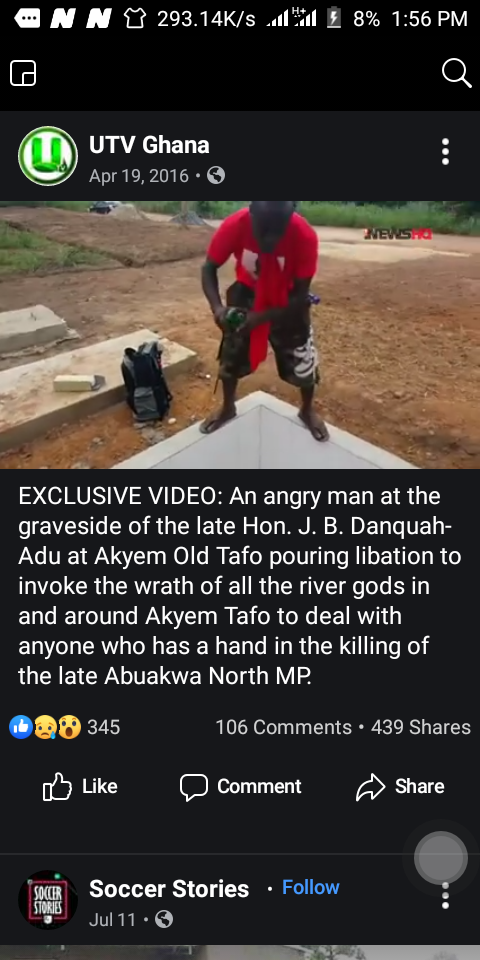 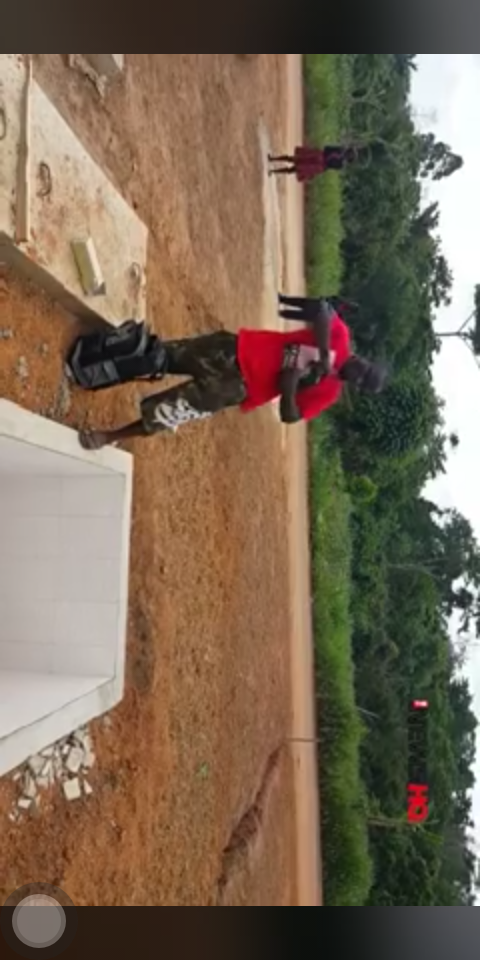 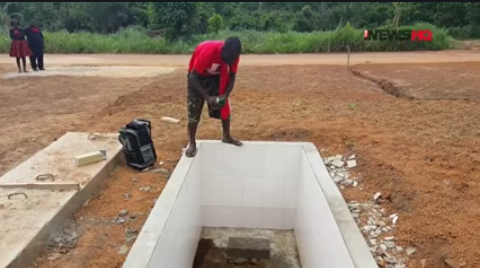 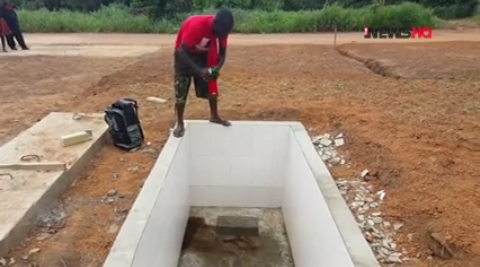 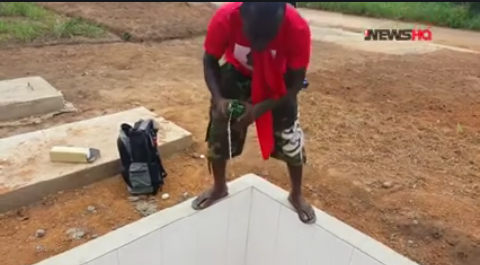 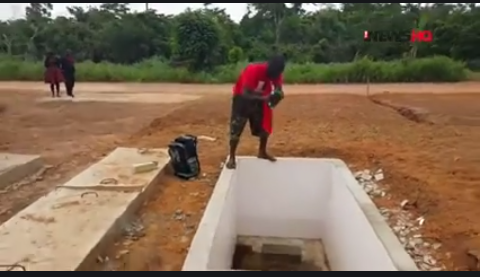 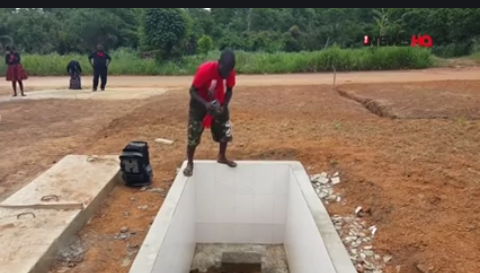 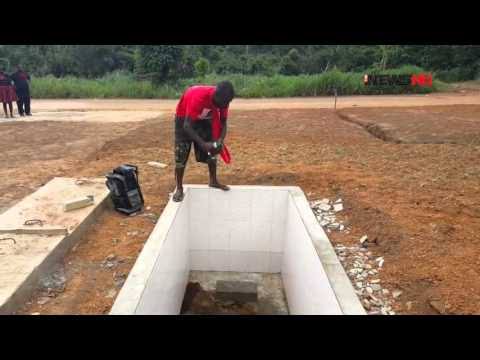 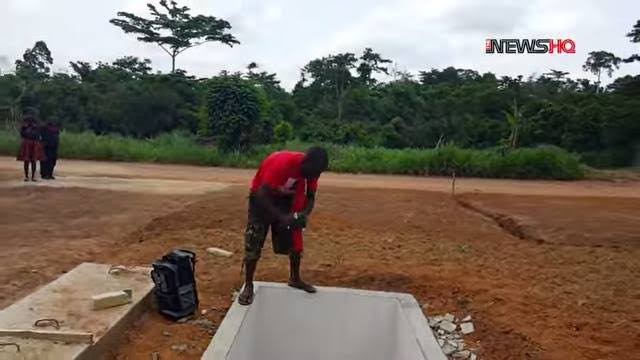 And the second, is a very normal event and that is memorial of him. The family members and love ones of the late member of Parliament, visited his grave and were laying wreaths at his graveside. 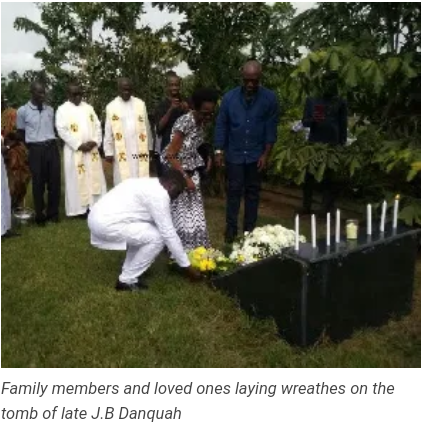 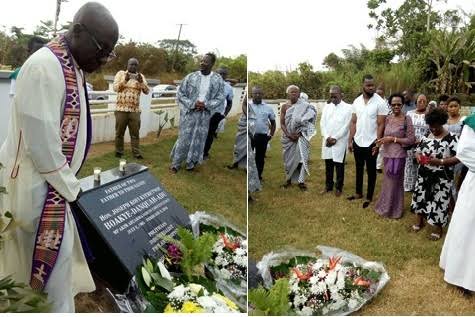 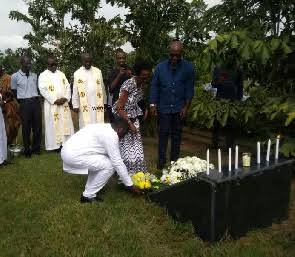 The truth is that, J.B Danquah Adu can not be easily forgotten by his family and he will forever live in their hearts.

Joseph Boakye Danquah Adu, was a Ghanaian chartered accountant and politician from a prominent political family. He was a member of the Parliament of Ghana for the New Patriotic Party between 2005 and 2009, and once more from 2013 until his death