By SkyyGhana (self media writer) | 11 months ago 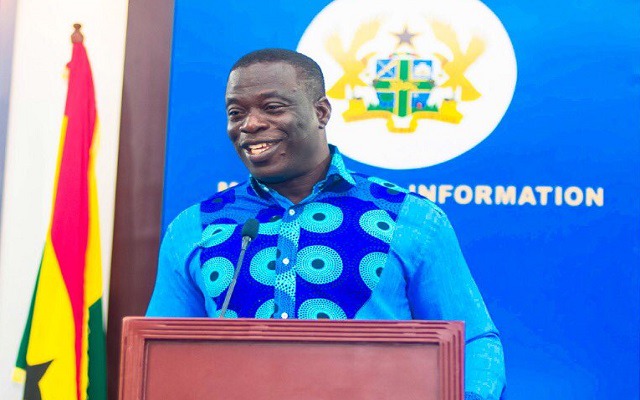 The personal driver of Minister of Employment and Labour Relations, Ignatius Baffour-Awuah, has been arrested for driving a vehicle belonging to the Ghana Police Service.

The driver of the Sunyani West MP was arrested at a filling station near Eusbett Hotel in the Bono Regional Capital, Sunyani at around 12 am Monday dawn, according to Angel FM's reporter Audrey Akosua Tindana.

He was using a police pickup vehicle with registration number GP 3329.

The name of the driver still remains unknown but reporting the incident to Angel TV, Audrey disclosed that the driver's arrest was effected by the citizens before handing him to the police.

She narrated that the driver carried a grey beard so upon seeing him at the parking lot of the filling station at that ungodly hour, the people became alarmed and flooded him while in the vehicle.

According to the report, the driver succumbed to the attack and when he was questioned as to why a civilian will be operating an official vehicle of the Ghana Police Service, he told them it had been auctioned.

Audrey said, his answers were not really convincing to the people for the reason that an auctioned police vehicle should not be seen on the roads in branded police colours.

She said the people then dragged him to the Regional Police Command to be interrogated.

Audrey, however, revealed, "the suspect is currently in the police custody while investigations are ongoing."

"No official charge has been slashed on his shoulders," She said.

Meanwhile, Hon Ignatius Baffour-Awuah is yet to make a statement on the incident.

Content created and supplied by: SkyyGhana (via Opera News )