By BrightNews (self media writer) | 2 years ago 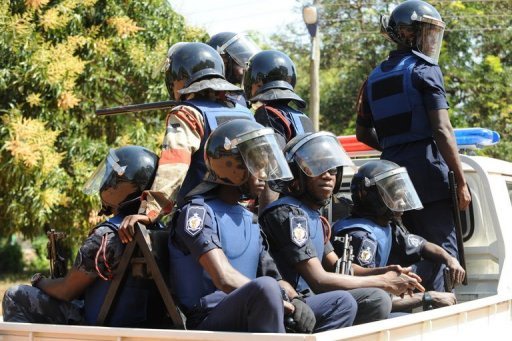 Editor of the Hawk newspaper, Charles McCarthy, has expressed doubts over the strength of Ghana’s security forces following reports that secessionist group of the Western Togoland have overpowered security forces in the region during their action of blocking the road to express agitation for independence.

According to Charles, the situation reflects how weak the security services are and how relaxed the state is in defending the sovereignty of Ghana.

Speaking in a panel discussion on the ‘Epa Hoa Daben’ show, he said: “For our judiciary and security, I don’t know. For me, it is only God who is protecting us in this country. It is just that we are a country that does not have enemies. Or else we will be miserable. See how civilians have taken over or seized things from the police. See what the police put on Facebook. Are we serious? It is sad. A country at sixty-three (63). How weak we are! We are so weak that these people who are not even sophisticated are able to overpower our security personnel”.

He furthered that he finds it alarming that the state has not shown any commitment in dealing with the case.

“From 2016, when they were arrested and bailed, Papavi declared independence in the Capital of Ho on the day of Ghana’s independence. The case was dropped because of the laziness of the prosecutors.

Are we interested as a state to defend the sovereignty of Ghana?”.

He observed that Ghanaians have done nothing but laugh about the issue of the secessionist, which is in reality, a serious issue. To him, this group can be described as “terrorists”.

It was reported that members of the secessionist group, Homeland Study Foundation, also known as Western Togoland group on Friday invaded the Aveyime and Mepe police stations in the Volta Region and attacked some security personnel on duty.

The group is said to have attacked the Tongu Divisional Commander and his driver who have since been transferred to Accra for medical treatment.

Content created and supplied by: BrightNews (via Opera News )

55 instances of monkeypox have been reported in Greater Accra, with one death.

The Interior Minister warns factions in Bawku to engage in conversation to settle disputes.