Man shots himself in the head in order to escape arrest

By kbassonline.com (self media writer) | 1 year ago 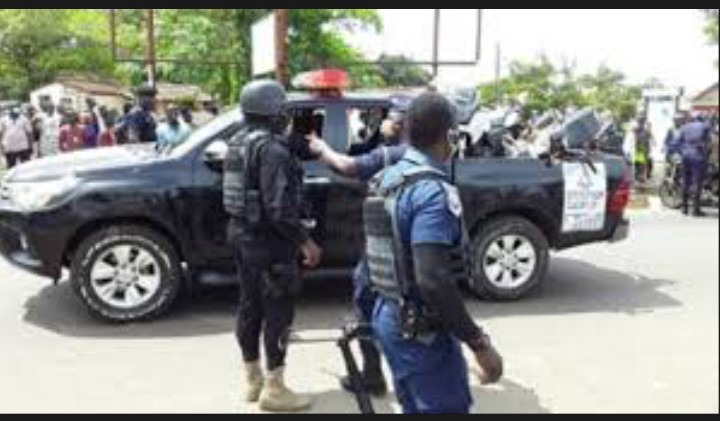 A driver of a KIA saloon car on Tuesday morning shot himself in an attempt to escape arrest. Sampson Sabanga believed to be in his early 30's shot himself after shooting a pedestrian Akwesi Amoah, when he was confronted by Amoah to drive carefully.

The incidence occurred at Ayeduase near Kwame Nkrumah University of Science and Technology in Kumasi.

According to reports from eye witnesses, Sampson slapped the pedestrian who confronted him to drive with care. The pedestrian didn't take it kindly and also returned the slapped. Mr. Sabanga then went to his vehicle and pulled up his gun. He shot the pedestrian thrice in his lower abdomen and attempted to escape. The residents around prevented him from running away and wanted to attack him but for the swift intervention of the police, he was spared.

Just when the police approached his car, he removed his pistol and pointed it to his head. He shot himself in the process and was rushed to the hospital.

Both Amoah and Sabanga are in critical condition receiving treatment at the Okomfo Anokye Teaching Hospital.

The police is investigating what might have led to the shooting.

Content created and supplied by: kbassonline.com (via Opera News )