Man Caught Carrying White Coffin In The Middle Of The Night 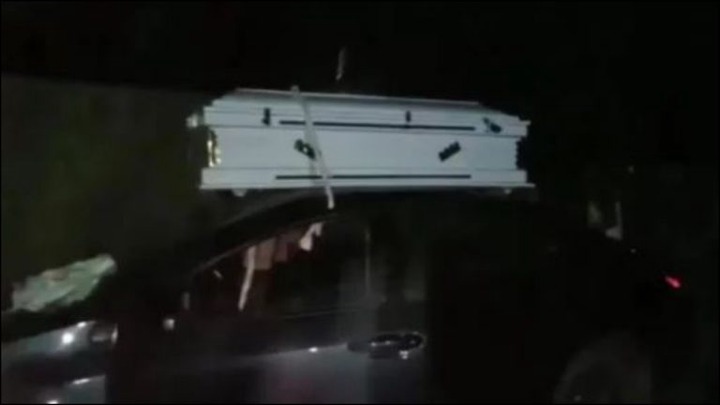 No man will carry coffin in the middle of the night just for nothing. Most likely, he is likely to have something under his sleeve. From movies we have seen, it could be associated with money rituals.

A man In his mid 20s was caught at midnight around 1 a.m in possession of a white coffin. The scene took place in the Ashanti Region, Abuakwa-Manhyia. Kojo Tawia, an eye witness claimed that he was not asleep around that time so he happened to have seen him. He narrated that the white coffin was on top of Toyota Corolla heading to the T-junction in the community.

The eye witness made shocking revelations that the alleged culprit was about to leave the coffin there after offloading it. Upon confronting him, the young man couldn't find any tangible reason for such actions and had to lie that the coffin belonged to the priest. It turned out to be a lie because the priest declined owning it. The devilish act of the man triggered the anger of youth in the locality so they beat him up to teach him a lesson.