Our respective mode of leaving earth can never be open to us. Nobody, when coming to earth told His Saviours that they will come back with machetes buried deep in their chest. Father of the deceased Mr. Arimeyaw Hussein narrated how his son who is in his second year at Ghana's University, Legon met his untimely death.

According to Mr. Hussein, who was interviewed by Alibaba on Kesben FM, he spoke with his son around 8pm in the evening before preparing for bed. Mr Hussein works at New Abirem so his son together with his three daughters lives with their mother at Ntotroso at the newly created Ahafo Region.

Mr. Hussein after speaking with his son at 8pm, had no idea the boy was preparing for a party at Atuahene which is at Bono Region, about twenty minutes drive from their town Ntotroso. Young Hussein who is 23-years old, did not tell his father of his plans attending any party at Atuahene. He was stabbed at the party when a misunderstanding took place between two people.

The unidentified two people who have fled for their lives were heard by eye witness, making threats at each other. Little did they know one had a machete on him. As the argument got heated, one could not control his temper and went straight for the machete hiding in his pants. The other party dodge the venom of the sharp machete and it went straight through the spinal cord of young Hussein who was standing at the opposite direction.

He could not breathe and neither was he able to speak again. He died on the spot. Friends who went to the party with young Hussein called his mother immediately to let her know of the sad news. Mrs Abiba Hussein could not hold the news of her son's death and collapsed right there. She was rushed to the Sunyani Government Hospital for medical assistance.

Mr. Hussein received a stress call around 10pm, just two hours after speaking with his son. He was updated of the sad news about his son and his wife. He rushed from New Abirem in the Eastern region to Ntotroso in the Ahafo region just to be told his son is gone but his wife is still under medical examinations. Young Hussein will be buried soon because they are Muslims and per their tradition, mortuary is not an option.

Ntotroso Police are still investigating the matter though the culprits have fled the area. Eye witness described the culprits as drug users or tramadol addicts. Both were believe to be under the influence of drugs (tramadol and marijuana). 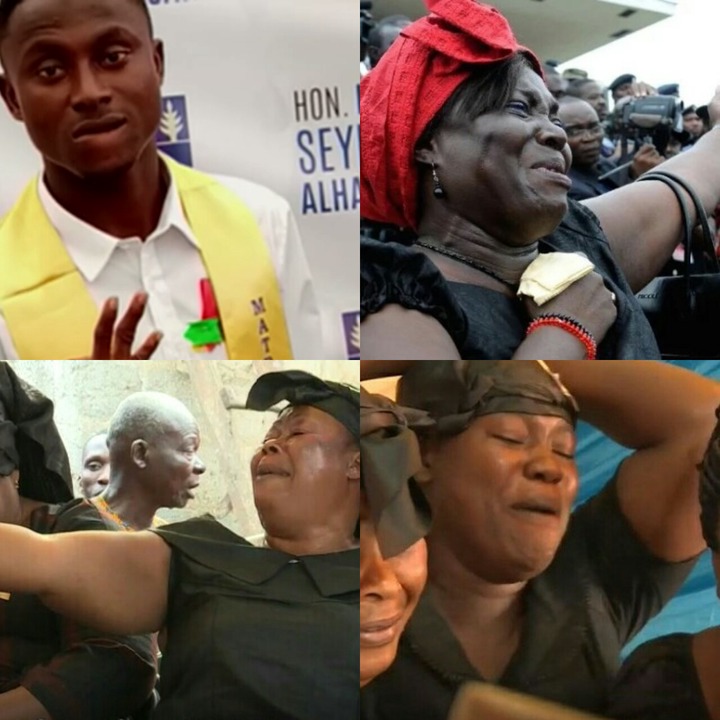 Disadvantages Of Making Love With Your Wife During Her Monthly Period

Use Nyanya To Drive Away Bad Spirits, Bad Luck And Protect Your Family.

Benefits Of Making Love With Your Partner Daily

3 Deadly Diseases That Can Make A Man Unable To Impregnate Any Woman.