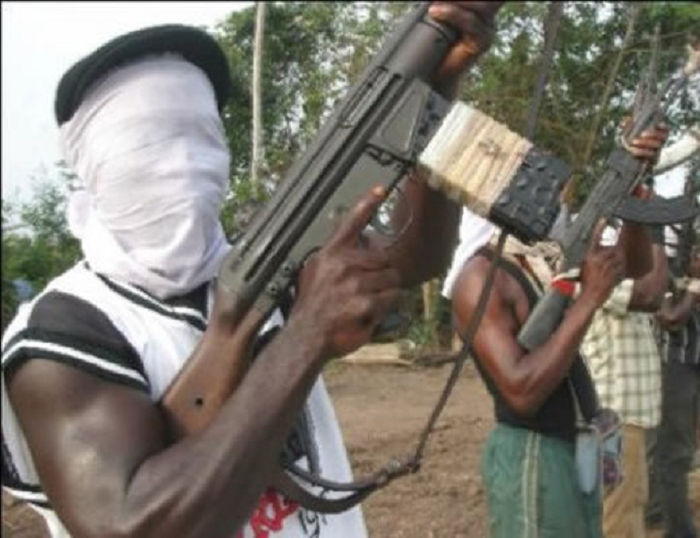 The robbers who were armed with guns and other amunitions successfully raided passengers in three vehicles and made away with their belongings whilst inflicting wounds on some of them.

Fortunately, the police upon receiving information about the robbery incident quickly organised the needed machinery and gave the robbers a hot chase and successfully short and kill the two.

Speaking on the incident, DCOP Okyere Buah Appiah, the Western Regional Police Commander revealed that he received a call that people were being robbed around 4:00 am which led to a dispatch of Police officers in to the area.

He also indicated that three of the victims who sustained serious gun wonds have been rushed to the hospital for treatment.

The increasing armed robbery cases on our roads have become a major concern to all. Not even political leaders have left out on the list of victims.

A number of politicians have been reportedly attacked in the past three months. The murder of the Mfantseman constituency MP is a typical example. As we draw closer to the elections, it is important to increase police visibility and intelligence gathering to prevent or minimize the situation