By AwakeNews (self media writer) | 1 year ago 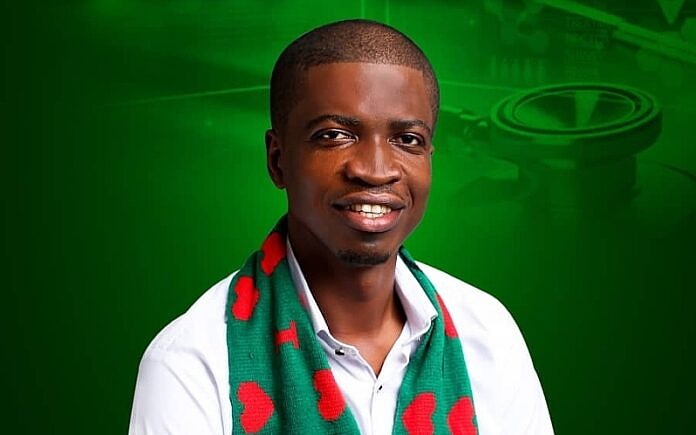 The Parliamentary Candidate of the National Democratic Congress (NDC) for Agona West Constituency, Mr. Paul Ofori Amoah has dismissed media reports that he has been arrested and detained together with four others over a plot to kill the Member of Parliament for Agona West, Mrs. Cynthia Mamle Morrison.

In an interview with Awake News, Mr. Paul Ofori Amoah said the claims are false and suspected being peddled by his political opponents in the ruling New Patriotic Party.

"A plot to assassinate the MP? and I'm still home by now? Never!, I was never arrested and or detained over a plot to kill anyone. I am still home" - He told Awake News' Efo Korsi Senyo.

Narrating what happened, Mr. Ofori Amoah said "I have these five friends that came to visit me from Accra during the week. However, because of former President Mahama's visit to my Constituency, I was very busy until yesterday before we met and had some discussion. We finished our meeting around 11pm or so and I left for my house and they also left for their hotel"

"This morning aournd 4:30am, I was called that my friends have been picked up by the Police. So, when I woke up this morning, I went to the Police Station to see my friends" - He added

When asked if he has officially been invited by the Police in connection with his friends arrest, this is what he had to say:

No, I was never invited by the Police till now. The Police never even called my in connection with the arrest of my frineds. So I don't know where Angelonline.com.gh and GhanaWeb.com got that information from.

He has since hinted he will take on the publishers of the false news for what he described as an attempt to damage his image.

This morning, Ghanaians woke up with a story on angelonline.com.gh and GhanaWeb alleging that:

The four, were among a group of five, who had lodged at the Elohim Hotel in Agona Swedru in the Central region, hatching how to execute their plot when the police pounced on them, angelonline.com.gh has gathered.

The fifth suspect absconded upon seeing the police.

Sources within the Regional Police Command said the suspect mentioned the name of the National Democratic Congress parliamentary candidate for Agona West, Paul Ofori Amoah, as the one who brought them to the area.

Paul Ofori Amoah was subsequently picked up and detained on Saturday evening by the police for questioning.

This comes barely a week after the gruesome murder of the Member of Parliament for Mfantsiman, Ekow Quansah Hayford."

Content created and supplied by: AwakeNews (via Opera News )