Check Out Details Of How Mfantseman MP Was Killed; An Eye Witness Account.

By Dawuro (self media writer) | 1 year ago 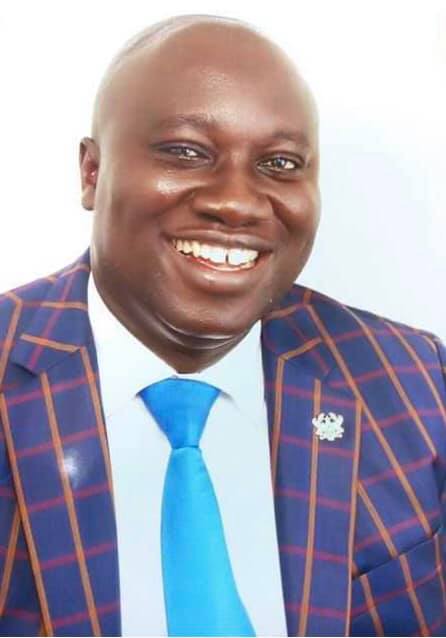 Information reaching DAWURO indicates that Member of Parliament for the Mfantseman Constituency in the Central Region, Ekow Quansah Hayford has been shot dead by armed robbers.

The MP who is the Parliamentary Candidate for the New Patriotic Party (NPP) was shot on the Abeadze Dominase–Abeadze Duadzi–Mankessim Road when returning from a campaign trip. His driver also passed on.

One occupant of the MP's vehicle at the time of the attack has been speaking to the press about the incident. According to him, they were returning from campaigning when they were stopped at a point by unknown assailants.

"We visited 4 communities yesterday. We finished at Beadze, and we decided to go and eat at Dominase. After, on our way, after Abenkrom, we came across two big trucks that looked like they have parked wrongly, so we decided to slow down.

"Someone stopped our coordinator who was on a motorbike in front of us. But when we got close, we saw them with guns hanging on them. So we tried to escape through a small route, and because of that, they started shooting, so we stopped," he said.

Giving further details about the incident, the eye witness said the armed men asked them to hand over their monies, and it was in that process that one of them armed men attacked the MP for being a politician.

"They took my money and asked MP to bring his money too. When he was speaking with them, they brought him out of the car, and when he was speaking, one of them remarked "you politicians are part of why this country is the way it is; that people are suffering"

"A new car was seen coming from Mankessim, and the robbers turned their attention to that car, and so I managed to jump into the bushes nearby. I was there for a while until I could no longer hear gunshots. At that point, I heard some voices whom I suspected to be people who had also run into the bushes from the attack, that the MP has been shot dead. I was hoping it won't be so. Unfortunately, to my shock, I got close to see the lifeless body of the MP," he said.