By EbenezerAwuah_03 (self media writer) | 1 year ago

‘’Anyone who has never made a mistake has never tried anything new. Do not be ashamed of your mistakes, just learn from them and move on.’’

The Bible, the book which gives guidance and inspiration to Christians, is not a written record of perfect people, except Jesus of course. From its beginning to the end, God’s word points out in painful detail the mistakes made by its characters.

Moses grew angry and struck the rock in disobedience to God. (Numbers 20: 7-12)

Ananias and Sapphira kept back part of the price of land sold. (Acts 5: 1-5) 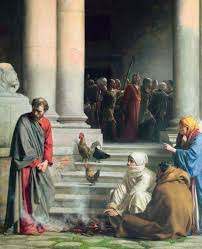 All these honest portrayal of the troubles that these people brought upon themselves and others have been shown to us for one reason, and that is to know and learn from these mistakes. They have been given to us for our guidance or some lesson from which we can acquire knowledge and wisdom.

In our daily lives, a lot of things happen most of which are mistakes and crimes we commit. We see the end result of some of these mistakes and criminal actions and the question to ask ourselves is whether we are learning from them or committing same.

The commonest crime people continuously commit is stealing, the Police told me. People who steal have very low intelligence quotient (IQ). Their thinking ability does not commensurate with their age.

On the contrary they think they are smarter and can get away without being caught. There is always the possibility of being caught when you steal, but because the intelligence level is low it cannot appreciate the risk involved and make you desist from it.

People have been stealing and continue to be jailed yet the low intelligence people cannot learn from this and desist from it. 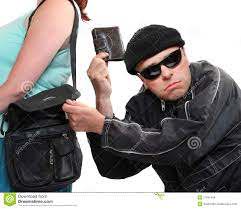 (For illustrative purpose only)

Other crimes are robbery, murder, rape, assault and battery, smuggling, tax evasion, fraud, etc, which people commit without learning from the experiences of those who did it and the consequences they faced.

The sad fact is that people you expect to be of high intelligence like Politicians and Bankers are also often involved in stealing because they do not learn from the mistakes of others.

Aside of criminal activities, there are other mistakes professionals like drivers commit almost everyday. They continue to break traffic laws when they know that others did the same thing and got fined or imprisoned.

Some of them go to the extent of taking in alcohol to drive when they are aware that others did the same thing and ended up killing themselves and other people. Will you never learn anything from the mistakes of others?

These are major concerns for Road Safety Authorities all over the world, but especially in African countries where road accident crash fatalities are still very high.

People in leadership positions in certain institutions continue to take bribes before performing their official functions where such functions are a service to a citizen. In some African countries bribery and corruption have become institutionalized and is the norm so the leaders cannot stop to think that it is immoral to do such things. Once a while they get exposed and disgraced but it is a pity such people cannot learn upright things anymore. 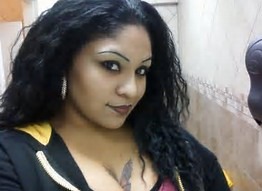 (For illustrative purpose only)

Some men go after the wives of others, even those of their own friends. They will never learn that those who go after other people’s wives are likely to lose their lives as the book of Proverbs has cautioned in Chapter 7: 21-23. It reads:

‘’ With her enticing speech she caused him to yield, with her flattering lips she seduced him. Immediately he went after her, as an ox goes to the slaughter or as a fool to the correction of the stocks. Till an arrow struck his liver. As a bird hastens to the snare, he did not know it would cost his life.’’

People commit so many other mistakes in their lives. It is not necessary to enumerate all in this article. Check your life to see if you’re committing a mistake.

May be you’re not so intelligent to realize that the life you are leading is full of mistakes. May be you’re so engrossed it has become your way of life and you cannot retract from it.

There are a few more articles coming from this writer, all geared to improve your way of life. Read all articles on this hub to define a new way of life for yourself.

People who don’t learn from history are bound to repeat mistakes. It is painful to suffer the consequences of a known mistake that others committed and suffered. Not knowing it in the first place is different. You don’t see fire and walk into it. You already know the consequence of it.

If you learn from the mistakes of others, you will become wiser and more knowledgeable. You will feel more secured, be happier, live longer, and Jesus will also be happier for having shed his blood to save you from the clutches of sin.

It is for your instruction and guidance that the Bible has recorded the sinful actions of many of its key characters. You must learn.

Content created and supplied by: EbenezerAwuah_03 (via Opera News )